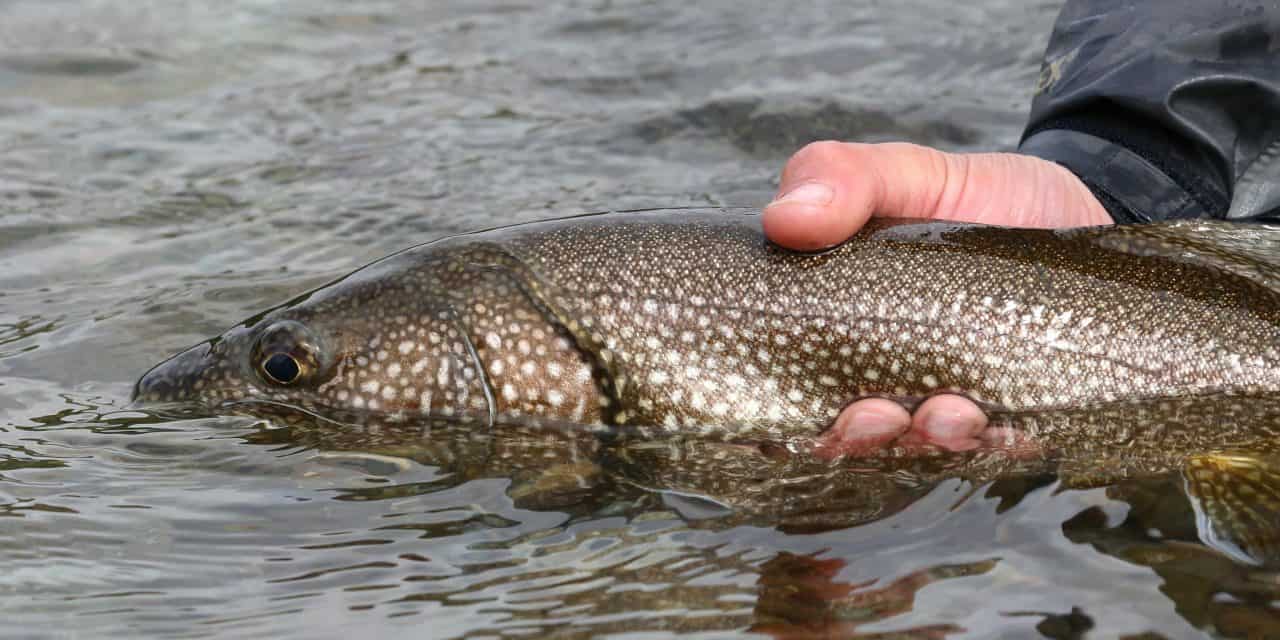 At the first essence of the snow melting, many fish species are thinking of two things -spawning and food. This means that many species, like Salmonidae, who headed upriver in the fall, are now returning downstream to feed before heading to deeper water for the summer. Panfish, are coming inland to shallower but protected water in preparation for spawning, followed by a feeding frenzy. With warmer temperatures and fish on the move, here are the best freshwater species to catch in the spring.

One of the early risers of spring, channel catfish are best caught at the sight of the first defrost. The reason why they’re on the move ahead of other species is that mudflats warm up quicker than lakes, rivers, and ponds. The method in which to catch one of these bottoms dwellers doesn’t change from season to season. Using a medium-heavy rod is ideal with a baitrunner set-up, since catfish like to run.  Shads are always best, but any strong scent attractant will draw these hefty fish, since they’re scavenging for anything on the bottom. 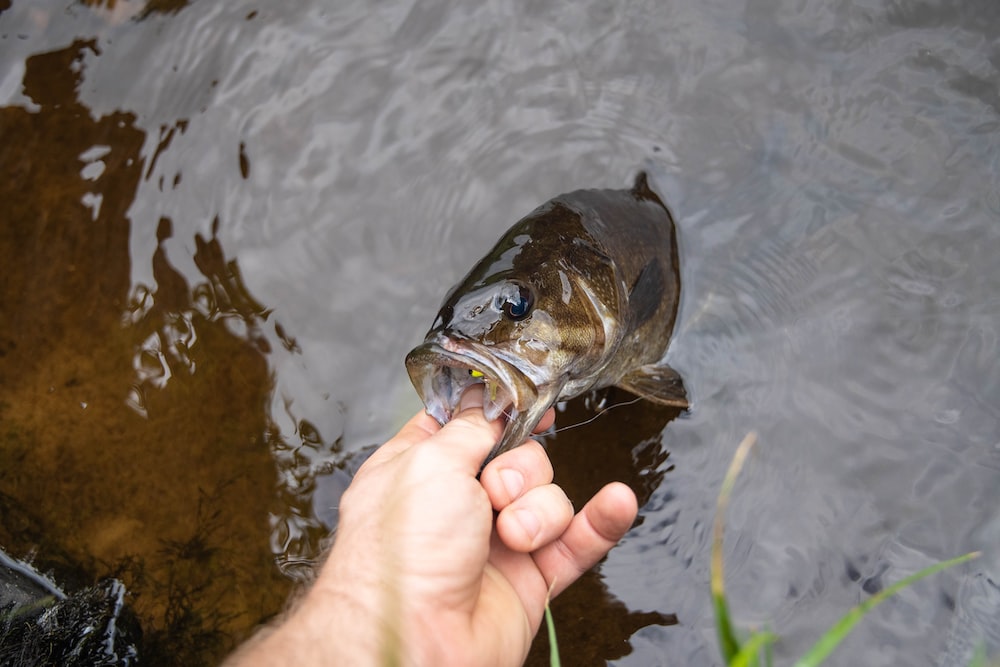 If you’re looking for something that gives you a fight, try targeting smallmouth bass. Commonly called “smallies” these modest fighters make an excellent meal. Whether battered or fried with aromatics or poached in parchment paper, they are simply delicious. Curious by nature, smallmouth bass respond well to vibrations and motion. Use a medium to a medium-heavy rod and match it with crankbaits, and topwater baits. With a suspended lure, try a slow retrieval, pausing occasionally to spike the fish’s curiosity. The best areas to look for smallmouth bass are in shoals, bull rushes, weed lines, and sudden drops.

Largemouth bass starts to appear in numbers once the water levels rise from the spring melt. As they head into spawning season, this bass species migrate from deeper water to clearer but shallow areas or protected reeds. Rods labelled medium light, medium, or medium heavy with any combination of spinners, shallow diving bait, swimbait, and topwater lures will land you one. 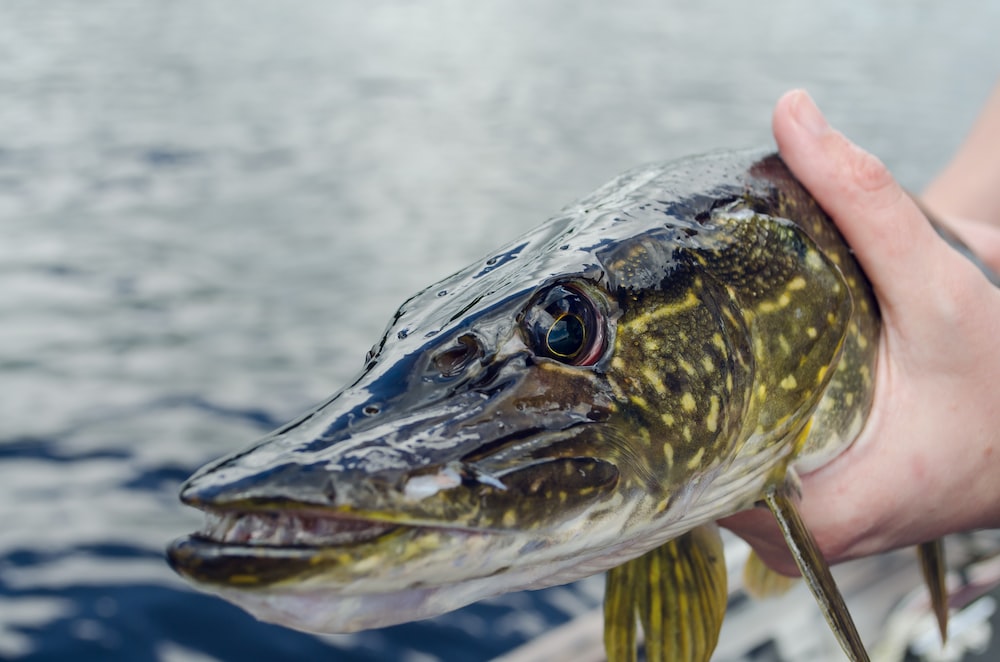 Another early spring catch, pike, appears at the first warm swing in temperatures. You’re likely to find them coasting in shallow water with ice shelves still present.  During spring the best place to find them is in shallow water including creeks and inlets. In general, pike prefers colder water and on hot days, they will swim deeper. However, pike are predatory fish and presentation does matter if you want to catch one. Try hard lures like Rapala’s Husky Jerk using a retrieve and set method, allowing the lure to suspend in the water column. Soft plastic jerk bait with a medium-heavy rod is ideal for this aggressive fighter. If you’re fishing in a shallow area, try a vertical jig set up with a crawler.

Departing from autumn spawning grounds, spring is an optimal time to catch walleye. These sometimes playful fish can be found in shallow waters or areas with decreasing water levels and slow-moving pockets of water. Try scent attractant or worms to bait this inquisitive species. Walleye respond well to bright-colored lures, such as anything labeled “fire crawdad”, but especially red-orange tones. Alternatively, bleeding hard bait like bleeding minnows are effective when targeting Walleye. 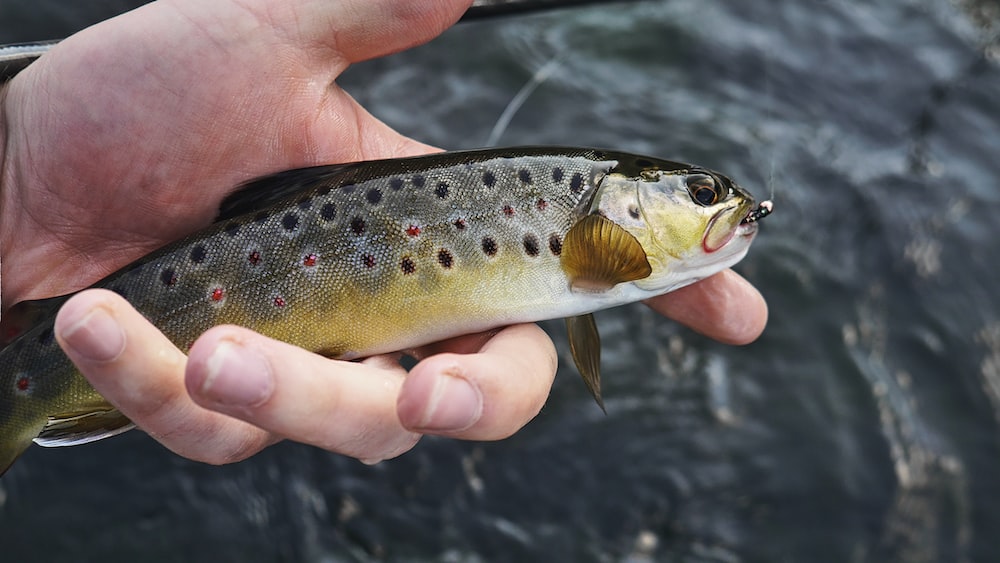 Similar to other trout species on this list, brown trout are ideally caught when the spawning season wraps in February. Alas, if you’re after a trophy, then the optimal time is in the late spring. Brown trout don’t like a lot of sudden noise, and you will likely find them in quiet areas with a current. Bait will vary depending on where you’re fishing. If you’re on a lake, try smelts, trolling spoons, or trolling with a swivel hook and fluorocarbon line. If you’re in a shallow area, try a blue or silver smelt hard lure, spinners, and scent attractants such as egg sacs or roe. If you’re in a stream and fly-fishing, use dry flies like nymphs, caddisflies, mayflies or worms.

When rainbow trout come to mind, many anglers associate them with being an autumn catch. However, they’re just as good of a capture in the spring. With the spring restock of the rainbow trout fishery, any fish that had stuck around since the fall will be looking to feed on eggs. That being said, these fish can be elusive and require some strategy.  Try fly-fishing in an eddy, damn or fast-moving gravel laden river bed. Fly rod setups work best with a waded approach. Ideally, a 7 ½ ft to 9 ft rod with a 5 weight line would be fitting and the most versatile, especially if more than one trout species is present. 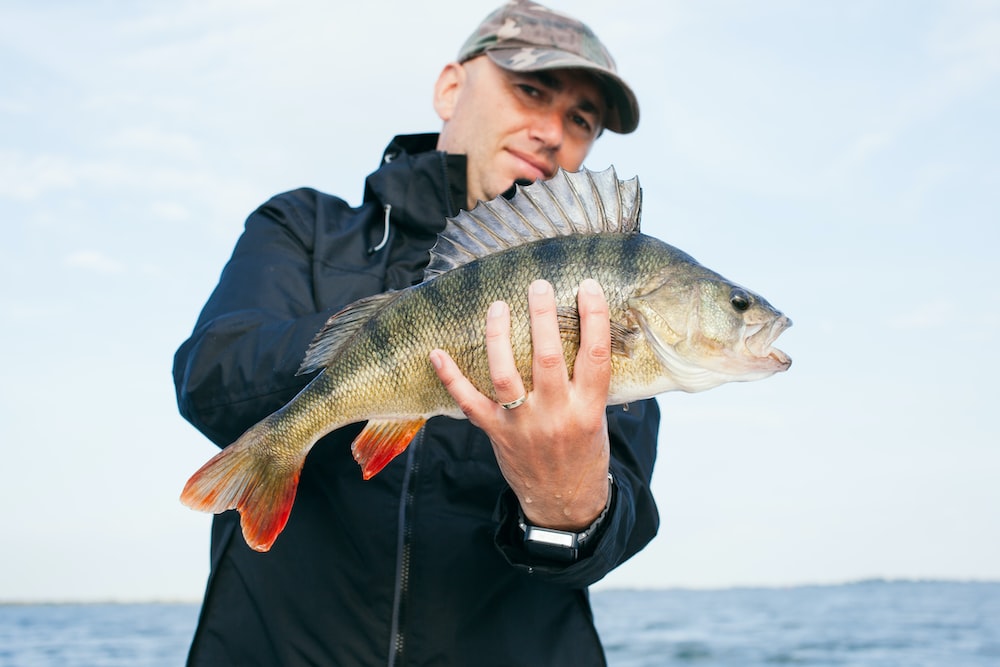 Perch are another example of species that head into shallow water to spawn. Although they stick to areas with weed cover, bull rushes, and fallen trees to protect them. When perch emerges from spawning, they are hungry, and simple lures can nab you one. It’s a good idea to keep some ice fishing lures in your spring tackle box. Although ice fishing has wrapped for the year, perch will continue to hit ice fishing lures into the mid-spring. Alternatively, try a jig head with a worm, a small spoon, or a spinner. With a delicate bite, you will want to use a medium-light to a medium rod on these delicious eaters.

Like perch, bluegills head to protected shoals to feed and spawn. What makes them appealing to anglers is where these fish go in the spring. Typically sticking to places where it’s adept for anglers to target them such as marinas, canals and shallow bays. Bluegills will eat at the end of the day when prey such as insects are hitting the water and baitfish are feeding. Thus, it is best to target bluegills near sunset. However, with limited light to catch them, you might want to go for a glow in the dark lure or jig head with a minnow. 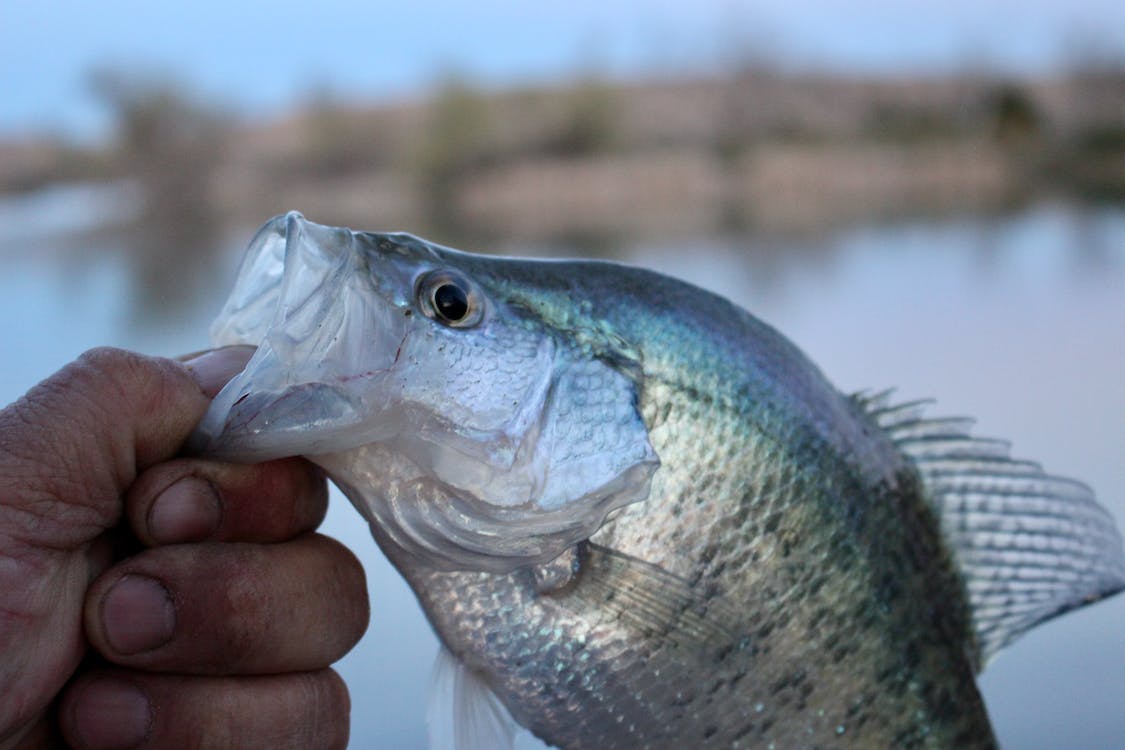 Crappies are another example of panfish that seek a depthless refuge for spring, such as perch and bluegills. As the temperatures warm, males will leave spawning grounds before females, causing a chase effect. This is why crappies are found in abundance in canals, under bridges, in weed lines or where there are bull rushes. When it comes to targeting crappie in the spring, use a bobber baited with a hook and live worm, or jig head with a worm. Soft plastics work well on this species, like soft plastic tubes. If you’re fishing against a rock wall, go for something with color, like a floating or suspended minnow bait.

If you live around a large lake stocked with lake trout, these make for an excellent early spring catch. Like many fish on this list, lake trout prefer colder water, which means they’re active near shoals, river mouths, and shorelines with a drop-off.  Hence, you can encounter them at a depth of 20-50 ft before they head into deeper water for summer. These fish are best caught when trolling and using a deep rigger or deep diving lure. A medium to a medium-heavy rod is recommended with a fluorocarbon line.

Like many of the Salmonidae species, steelhead trail the salmon migration to their spawning grounds in spring. One of the key components of the steelhead diet is salmon roe, which occurs during the spawning season in spring. Therefore, both the spring, following the salmon spawn and fall, when moving from deep water provides an optimal time to target steelhead. Anglers will notice their presence as early as the first warm-up in early spring, as temperatures and water levels increase. For baits use soft plastic baits like tubes or worms opting for a bubble gum pink, red, and natural brown.

Many species heading into their seasonal spawning or emerging from a sluggish state with an appetite. Spring offers some of the year’s best fishing when it comes to freshwater species. It signals the end of days of cold and sluggish fish that lack hunger. Thus, the warmer weather brings in lively fishing with no limit as to how to catch them, making spring the best time to catch freshwater fish. 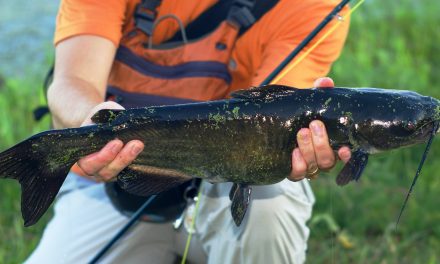 How to Catch Catfish 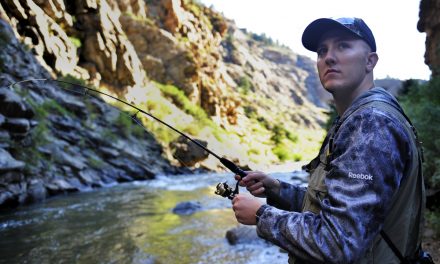 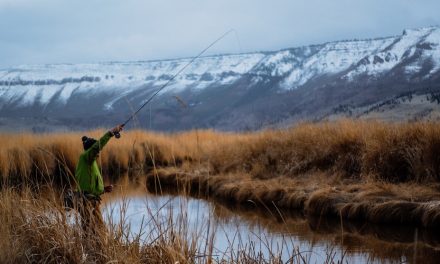 Why You Should Go Fishing in the Winter 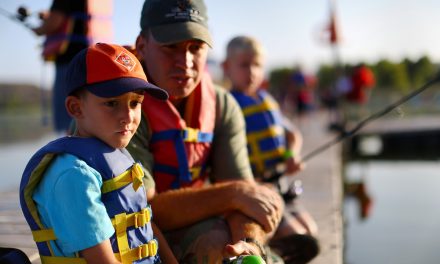