For fly fishing, the double haul is an essential cast not limited to streamer fishing and weighted flies, but as critical to dry fly fishing success. Join Orvis instructor, Peter Kutzer, as he explains how the double haul adds length to your cast while providing relief for your casting arm and wrist.

Uses for the Double Haul

When exploring tips or tricks to help with the double haul cast, one of the first things we have to do is understand what the double haul is, what it does for us, and why we would want to use it. Many fishermen suggest the double haul is just a saltwater cast. In reality, it’s a very useful cast needed in many situations to tighten up your loop, help deal with windy conditions, increase your wind speed, and help your accuracy. It’s even going to take a lot of strain off your casting wrist.

Basics of the Double Haul Cast

There are a couple things we want to do when we’re double hauling, as well as a couple things we want to know about this double haul. First off, we want to know about the basic cast. The basic double haul cast involves an acceleration, then a flick to a stop.  That acceleration usually happens to my forearm followed by a little flick to a stop with my wrist, or drive with the thumb or pop to a stop – there are many different names and it’s one on the back cast, a forearm wrist flick,  if you will, one of the forecast forearm wrist flick.

Come forward, tug on the line, and there goes the line. Notice, I’m going to take my thumb out of the picture, and just make a tug with the line. That haul does the same thing as that flick.

When I practice this double haul for the first time what I like to do is get that rod down low and work one side at a time. You want to think of a nice slow progression with this cast. This is a little complicated sometimes so what I tell folks to work one side at a time, bringing that back at a low angle then make a haul and a flick and just reposition. We have to drift back with that hand as the line’s rolling out behind us to set up for that forward cast haul. Then we can lower the line down. So, at a low angle, we can haul, reposition, come forward, haul and reposition and start working one side at a time getting that good back cast and that good forward cast.

Once you start getting comfortable with that haul and reposition on the back, I have to make sure my hauls are nice and smooth, coming at the right time. If we haul too early we get a lot of slack to avoid a big loop of line that will hurt you. That line must remain nice and tight – nice and straight on that back cast, and on that forward cast to want to keep that line nice and tight. Rod tip in a straight path and get that haul at the end of the back cast and reposition, then the haul at the end of the forecast and reposition.

Connecting Forward and Back Hauls

Practice that then try not to touch the grass, and just before that line straightens out make that forward cast.

Easier Casting on the Wrist

That haul makes it easier on this wrist. How does it do that? To answer that let’s say that if I have to work with a long line, let’s say I’m casting 60 or more feet of line, then this much line is very difficult on that wrist and really strenuous to accomplish.

However, if I strip the line back in, come back to a manageable length of line and say 40 ft then get a haul now my whole arm is taking the burden off of my wrist. I’m using a lot less wrist then when I want to deliver that cast I can send it out and get that right to break down nice and low.

For the saltwater anglers, rather than making that long cast letting it go and making multiple strips to make the fly move, pick up that fly line and send it out underneath that finger right as that line lands then go right into a strip. That’s going to straighten out your leader, make everything nice and straight so the first move you make with that line moves the fly. We don’t have to make five or six strips to straighten out that pile at the end of that cast.

One more great tip for that double haul is that as you progress the haul does not take on this kind of haul, reposition, haul, reposition in a jerky motion. Instead, it gets really smooth like a circle, and it revs up a little bit. When I haul I start moving my hand a little bit of a circular motion, and my hand does not stop moving. My hands are never really stopping, but instead speeding up and slowing down, speeding up and slowing down. That’s going to keep that line nice and tight, always under tension which will keep that loop nice and tight which will help me carry a long line and deliver out to that cast.

How Far to Haul

When hauling a lot of people wonder how long they should haul – should they make a great big haul, or should they make a compact haul. That depends on how long the line is but it’s never going to be all that big – I’m never going to try and extend my arms as far as I can, as this becomes difficult to come all the way back and reposition. Strive for about 18 to 24 inches. 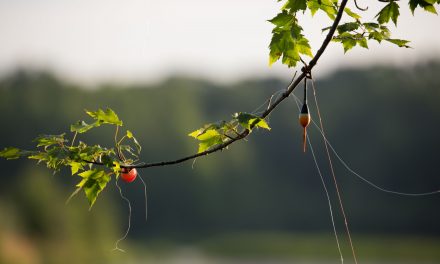 10 Techniques to Avoid Getting Snagged 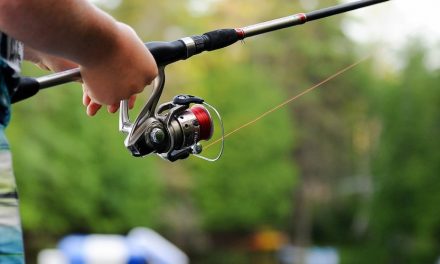 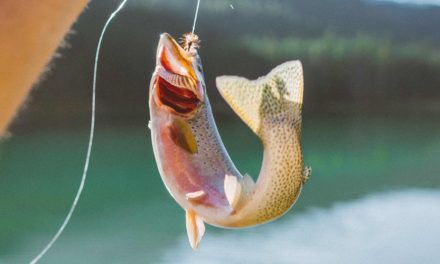 How to Organize Your Fishing Gear
Can You Use Game Fish as Cut Bait?
Double Haul Cast
Best Spinning Reels Under $100
The Best Bass Fishing Lakes in Michigan
How To Select the Correct Fishing Line for You
see all Fishing posts >