Each year, Americans travel to Canada for its diverse ecosystems and abundance of rivers and lakes. Some make the trek up north for the catered fishing lodges with eyes on remote, untouched lakes, anticipating the big one. Others have their sights on legendary waterways for migratory species like steelhead, salmon, and trout. But as soon as you cross the border, new fishing regulations and laws come into play regarding fishing licenses. As an American, do you need a fishing license to fish in Canada? Here are the most commonly asked questions about Canadian fishing licenses.

The short answer is yes, regardless of what province or territory you fish in, a license is required. Laws and regulations enforced by Federal and Provincial governing bodies depend on locality and which body of water. While that may seem confusing, most anglers will solely deal with fishing laws and limits for the province they fish in. It’s important to note that failing to apply for a non-resident license, can result in fines of $200 CAD. With heavier penalties for repeat offenders like income, boat, and house seizures for example.

The following is a breakdown of the fish license requirement per province. Each province sets out its own rules, otherwise noted under federal jurisdiction; like tidal water. 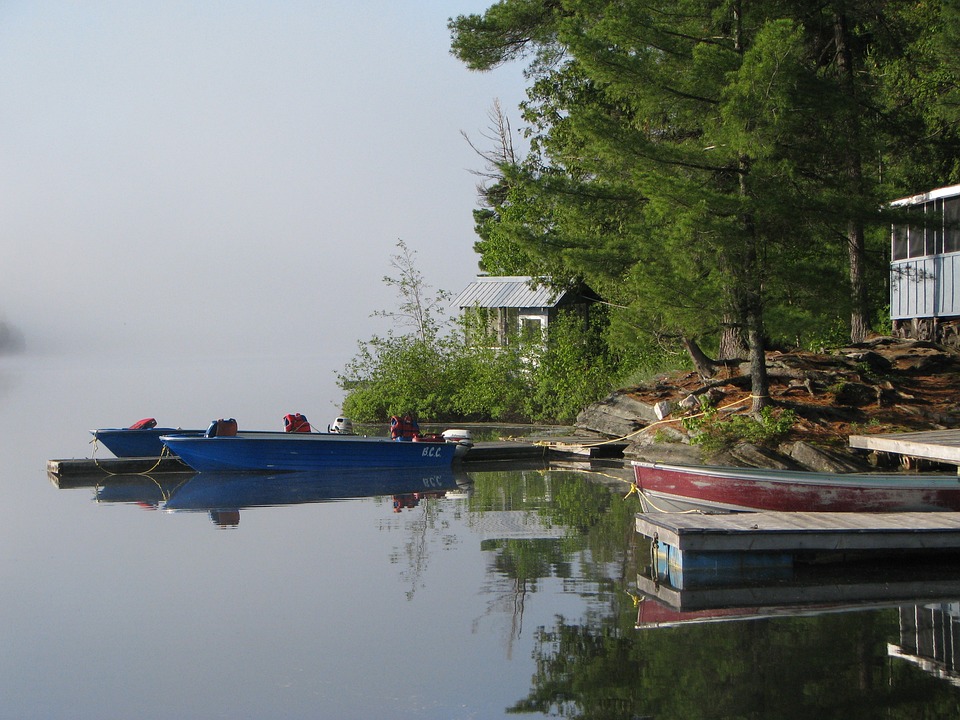 Depending on when you ventured up north last, chances are, the license would be done on your behalf. This has changed recently, with a limited number of fishing lodges supplying licenses on site. For best practices, you should confirm licensing requirements ahead of your trip. Most fishing lodges will let you know upfront that a license is mandatory and guide you on where to purchase one.

Do I Need A Fishing License For A Boat Charter?

Similar to fishing lodges, it’s safe to assume that a provincial license will be needed in advance of a charter. Unlike the US, where charters take care of the license for you, in Canada you need to have it in advance for the corresponding province. But these can be purchased with ease on the day of your trip with photo I.D. and a cellphone with data.

Do I Need A Fishing License in British Columbia? 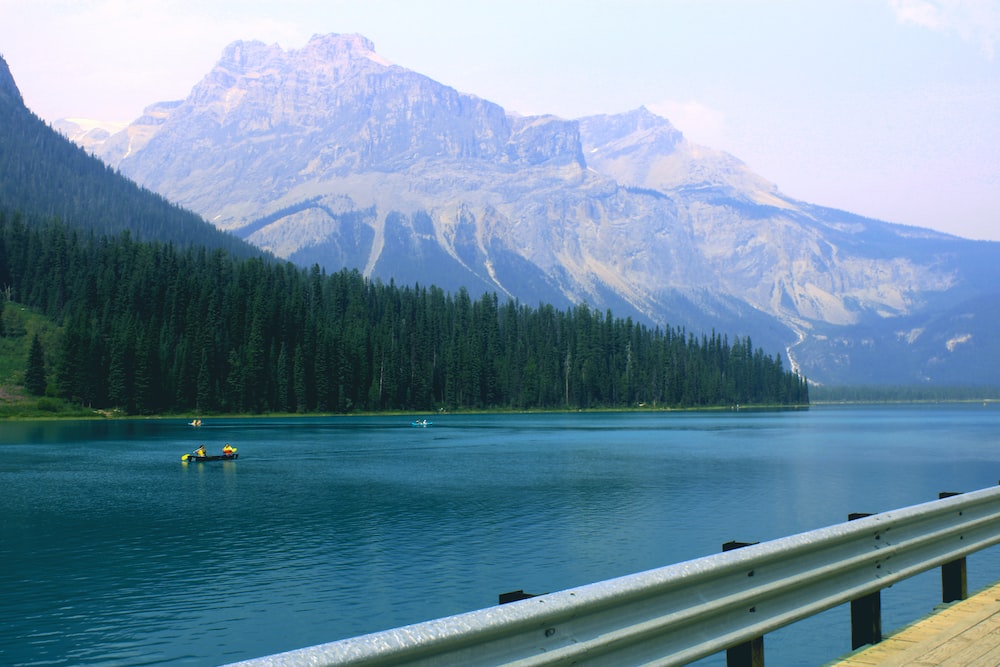 Sandwiched between Alaska and Washington state and supplied by a plethora of glacial-fed rivers, British Columbia offers the best trout and salmon streams. But, it doesn’t stop there, with the option of freshwater and saltwater angling; options are plentiful. In British Columbia, if you are 16 years or older, a fishing license is mandatory.  Licenses can be purchased online through the British Columbia provincial site. If you run into difficulty, a handful of locations are open for in-person purchases.  As an American, you fall under the classification of non-resident alien when navigating the correct licenses and prices.

Here are the freshwater options for non-resident alien prices (CAD):

As stated earlier, some bodies of water fall under federal law. As such, this includes the BC tidal waters. If you intend to fish along the coast of BC, you must fill out and purchase a tidal water license through the Government of Canada Fisheries and Oceans.

To conserve environmentally sensitive trout and salmon streams, 52 rivers of British Columbia are flagged as class I or II. The Water-Specific Table, names these rivers by region on the BC government website. However, to fish on one of these rivers, you will need a combination of both the freshwater and classified water licenses.

Implemented in 2015, non-resident aliens must apply for this license if fishing in Michel Creek, Skookumchuck Creek, and Wigwam River. A guide must be booked in advance using the provincial reservation system. Thus, this is to prevent overcrowding on the waterways and conservation of trout.

Do I Need A Fishing License in Alberta? 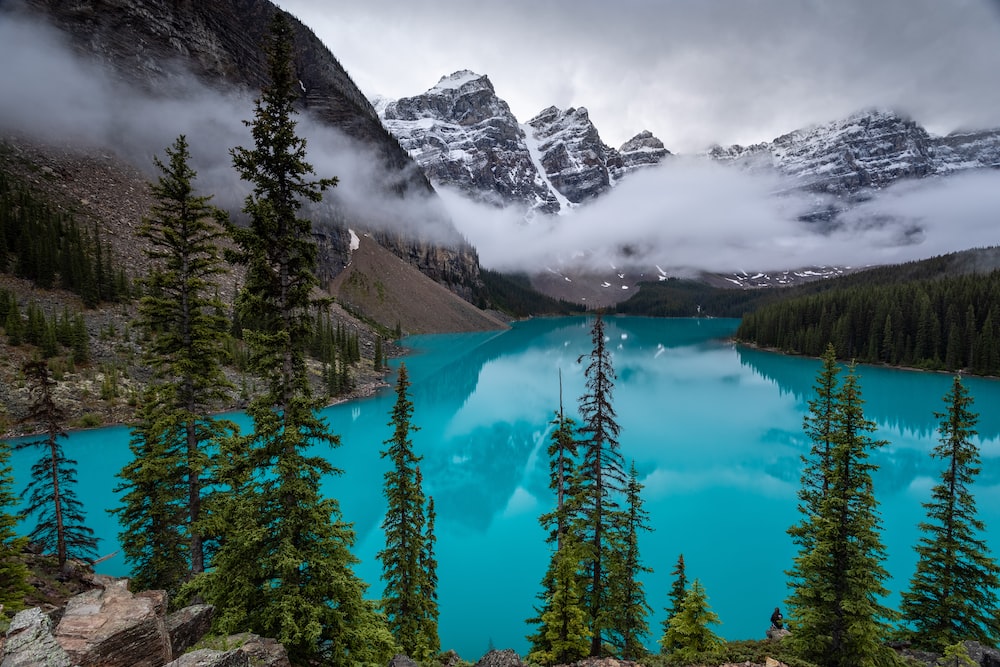 Alberta is an angler’s playground, with the option for freshwater and cold-water species found in glacial-fed rivers.  As an American citizen, it’s essential to purchase a non-resident alien license if you want to partake in these pristine waters. Those who are 16 years or older will require a license and can apply on the Alberta government site or at select locations in person.

As for pricing (CAD), costs will vary depending on the time for non-resident alien licenses:

Do I Need A Fishing License in Saskatchewan? 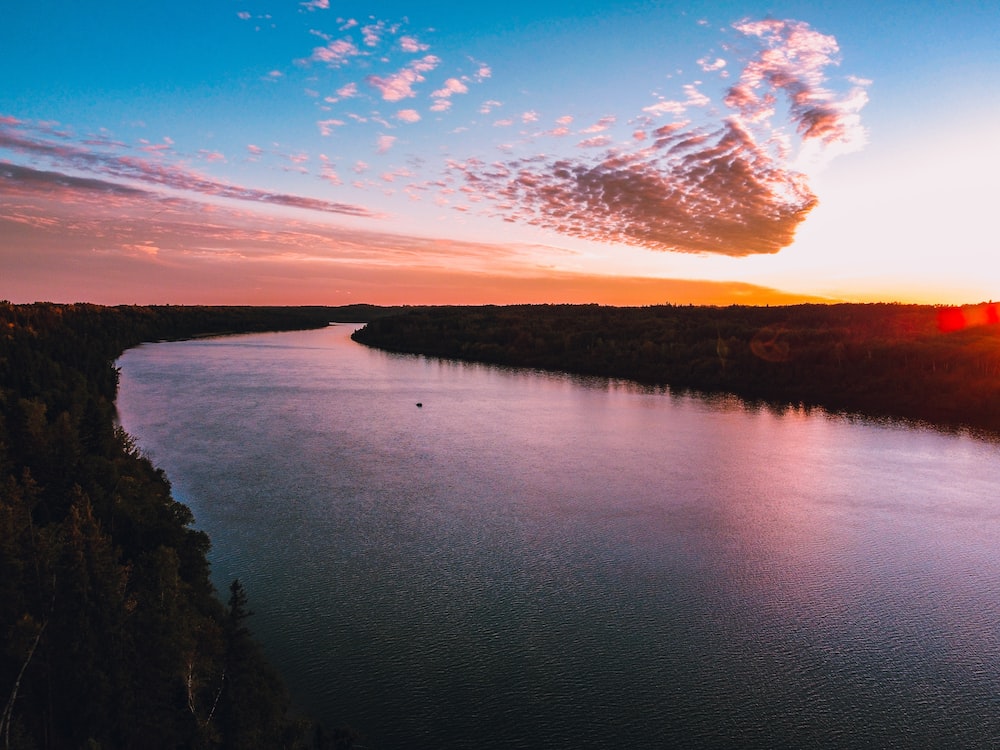 Saskatchewan is Canada’s mix bag when it comes to fishing. Alas, this province contains numerous lakes and rivers renowned for fly-fishing that make you wonder,”where is that?” For intrigued Americans, you would be considered a non-resident by definition. Hence, anyone who is 16 years or older requires a license. Children under the age of 16 are free. A fishing license can be purchased online, by creating an account on the Saskatchewan provincial website.

Do I Need A Fishing License in Manitoba? 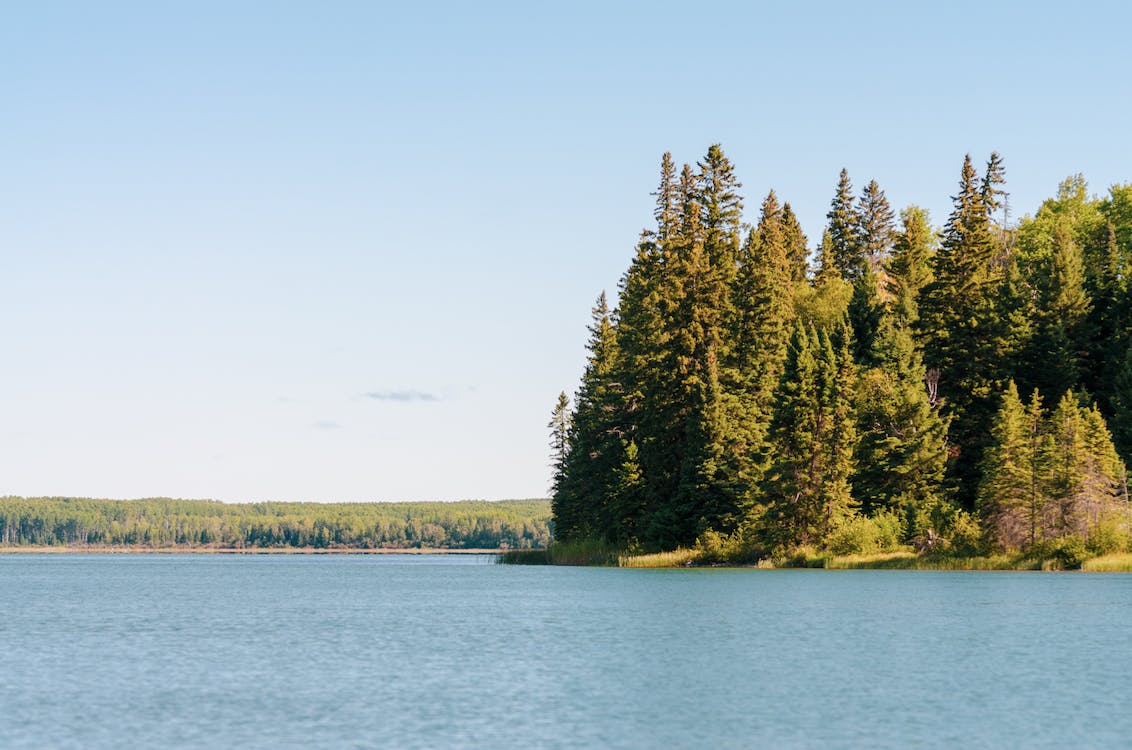 Manitoba is home to hundreds of lakes and many freshwater species. More so, this province draws many for four-season of fishing from all over Canada and the US. Which as spawned the definition of anyone from being outside the province as a non-resident. Anyone 16 years or older must possess a valid license. Although, there are two fishing license options, regular and conservation. The difference between them is the conservation license is more restricted on select species. These include sauger, walleye, pike, smallmouth bass, lake trout, channel catfish, and stock trout. In order to register, you must do so online through the Manitoba Provincial website.

Do I Need A Fishing License in Ontario? 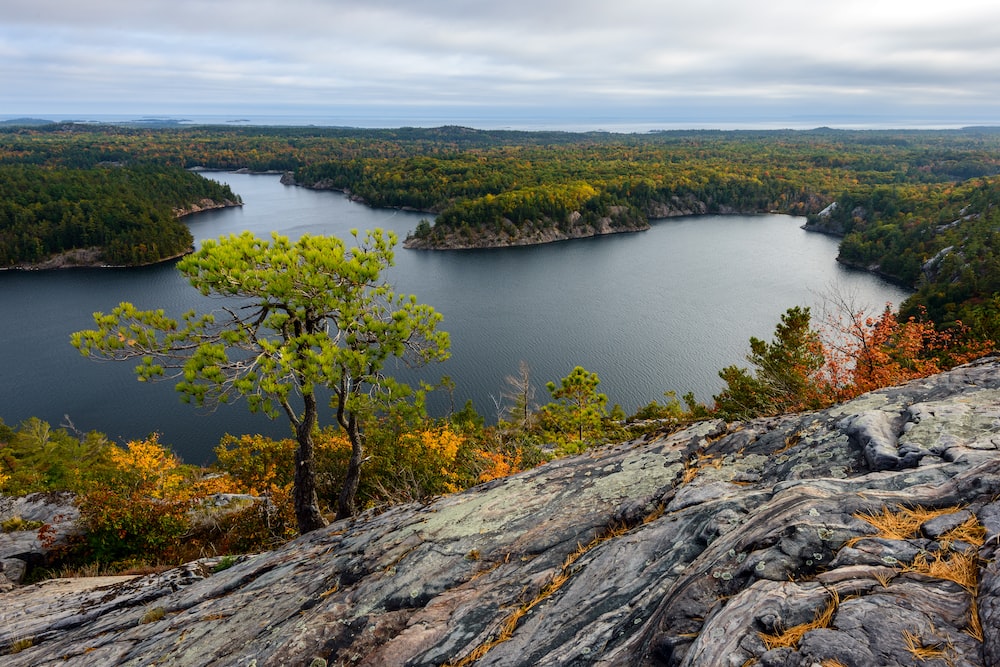 Believe it or not, Ontario contains 250,000 lakes and houses 20% of the world’s freshwater. That being said, it offers some of the best fishing up north for pristine fisheries and remote fishing lodges. When it comes to licensing, a non-resident is anyone from outside the provincial boundary, including Americans. Those who are 18 years or older must have a valid outdoors card and fishing license of either sport or conservation. Anyone 18 years or younger must be in the presence of someone who has an outdoors card and fishing license. To purchase the outdoors card and license, it’s the most convenient to do so online. However, select Service Ontario locations offer fishing licenses.

Here is a breakdown of the fishing license prices (CAD):

What is an outdoors card?

An outdoors card is a plastic I.D. card valid for three years. Typically, it’s stamped with the sport or conservation tag for the first year of issue and has the registrant’s name on it.

What is the difference between sports and conservation licenses?

Conservation licenses allow for fewer target species and smaller catch limits. They are great for anglers who don’t fish all the time or for those who practice catch and release. Sports licenses, on the other hand, are great for avid anglers who like to keep their catch. It is a bit more costly but, allows for higher fish limits and more target species.

Fishing for one day in Ontario?

If you are fishing for a single day, you do not need to purchase an outdoor card, just the sport or conservation license.

Do I Need A Fishing License in Quebec? 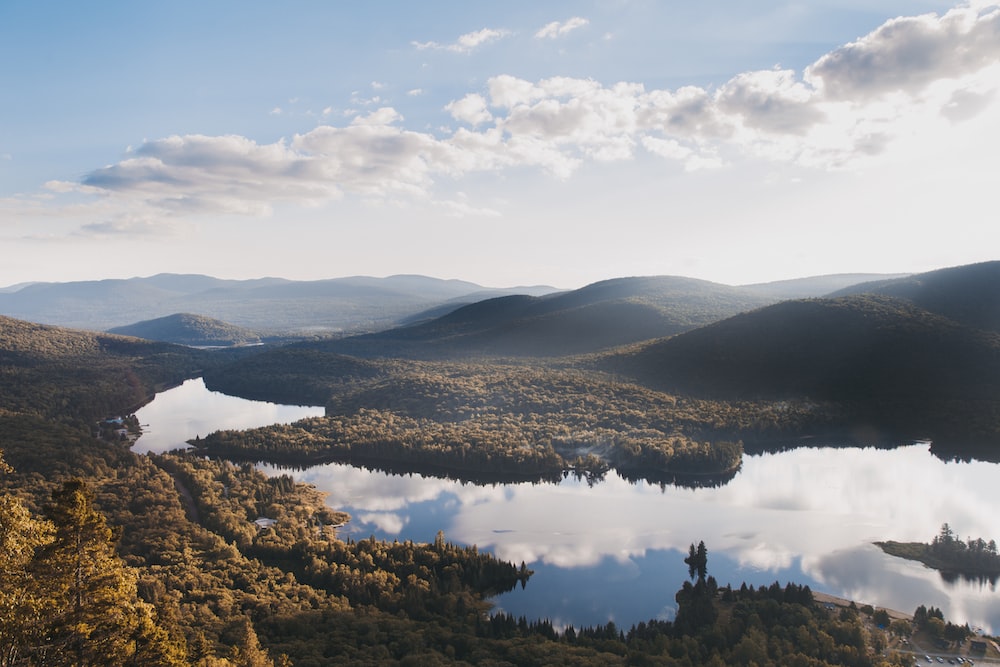 Looking at a map of Canada, many would not stop to consider that Quebec contains, cold-water rivers, salty Atlantic coastlines, and mammoth freshwater rivers like St. Lawrence. In fact, there are one million rivers and streams found in this province, which are big producers of salmon and trout. And, this is just a little insight into this provincial fishery that draws thousands every year. By definition, a non-resident is anyone from outside the province with exemptions on bodies of water shared with Ontario and New Brunswick. A fishing license must be carried with a government-issued I.D. at all times. Anyone 18 or older must have a valid fishing license.

As such, here is a list of the licenses that non-residents can purchase (CAD):

Do I Need A Fishing License in New Brunswick? 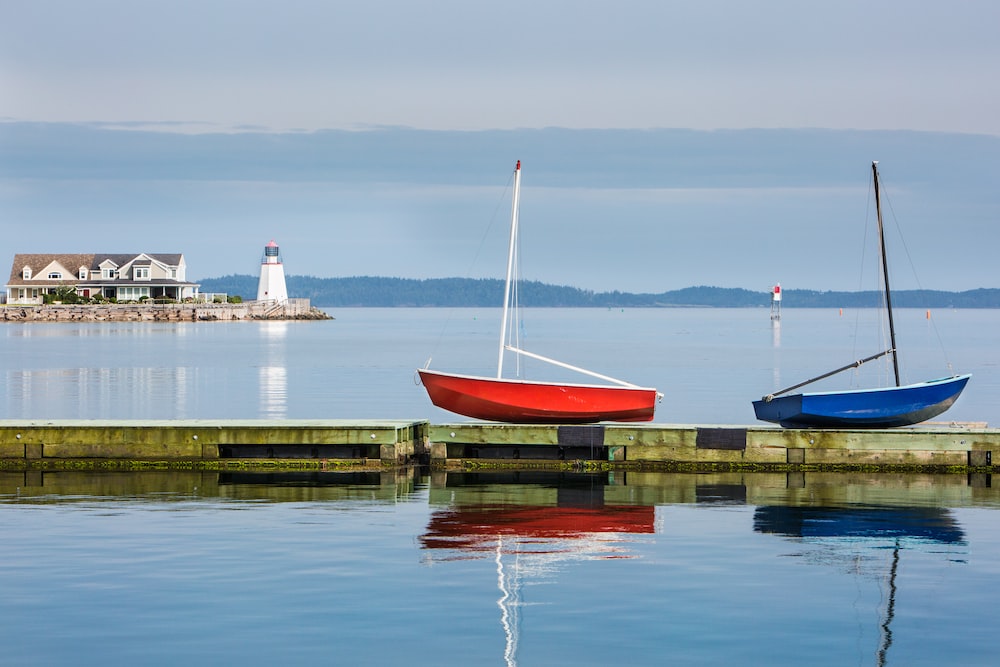 New Brunswick is a favorite among anglers for two things, salmon fishing on the Miramichi River and vast areas of untouched wilderness. Alas, some variations of licenses depend on location and target species; like salmon. Under provincial definitions a non-resident is anyone from outside the province of New Brunswick which would include Americans., Furthermore, those 16 years or older need a license. In general, children under the age of 16 are free, with some exceptions noted below. It should be noted, that there is a $5 fish stocking fee with the purchase of every license.

Here’s a breakdown of the license fees (2022) that apply to non-residents:

**Hence, there is an exception for children aged 10-15 who wish to have their fish count. Here, a class 8 fishing license will need to be purchased regardless of being a resident or non-resident. As an alternative, children in this age bracket can fish with an adult that has a salmon license. Just be cautious with doing so, with any caught salmon added to the total catch limit.

Do I Need A Fishing License in Nova Scotia? 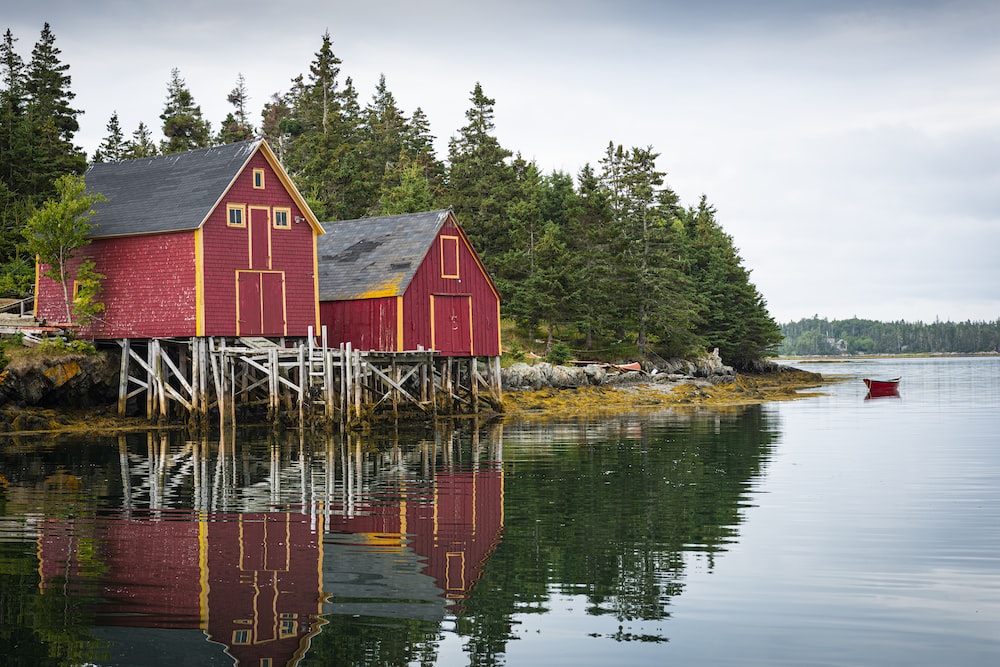 Nevertheless, Nova Scotia offers some of the best scenery found on the East Coast. Albeit, this province’s slogan is cheekily seen on license plates everywhere, stating its claim as “Canada Ocean Playground.” It’s crucial to note that to fish in Nova Scotia, the waters fall under provincial and federal laws, based on the body of water. In general, if you plan on freshwater fishing; except for salmon, you require a non-resident sport fishing license. There are several rules for freshwater fishing including not fishing in National Parks, fishing on lakes, rivers, and streams only, and reporting catches; even if nothing was caught. Anyone 16 years or older must purchase a fishing license and can apply online through the government of Nova Scotia portal.

The prices (CAD) for non-resident licenses are as follows:

There is no license required for tidal waters, however, all provincial and federal laws must be followed.

Do I Need A Fishing License in Prince Edward Island (PEI)? 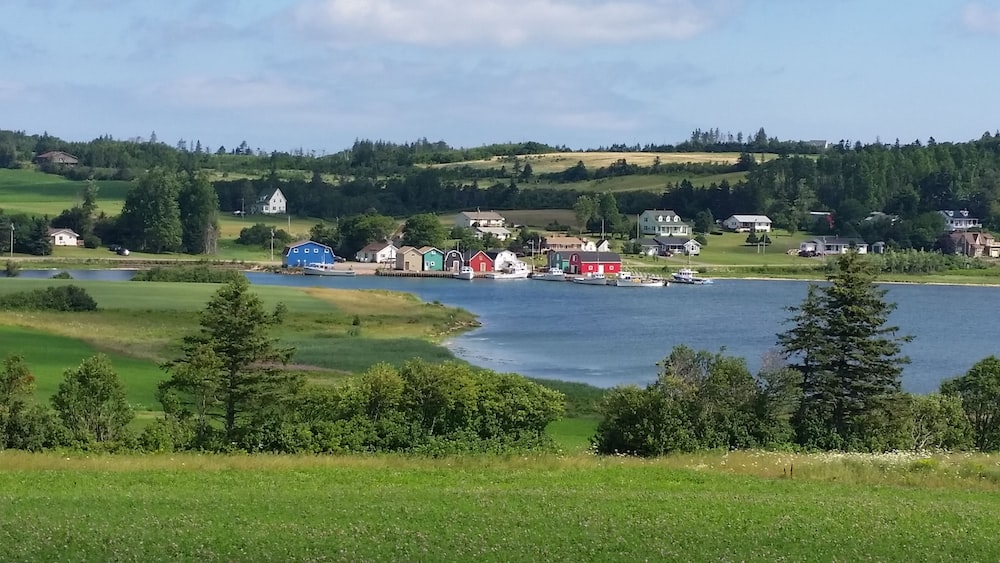 Of the provinces, PEI is  Canada’s smallest province, but it offers the best bluefin tuna fishing up north. Nonetheless, the freshwater fishing season starts on April 15th because of unpredictable seasonality. For this reason, closing dates will be determined at a letter time, so it’s important to keep up to date. More so, a non-resident is anyone from outside the province. With anglers 16 years of age or older needing a license to fish. Courtesy licenses are available for those 16-18 years old. It is critical to note that with each fishing license purchase, one must also purchase a Wildlife Conservation Fund License (WCF).

Alas, the prices (CAD) are as follows for non-residents:

Do I Need A Fishing License in Newfoundland and Labrador? 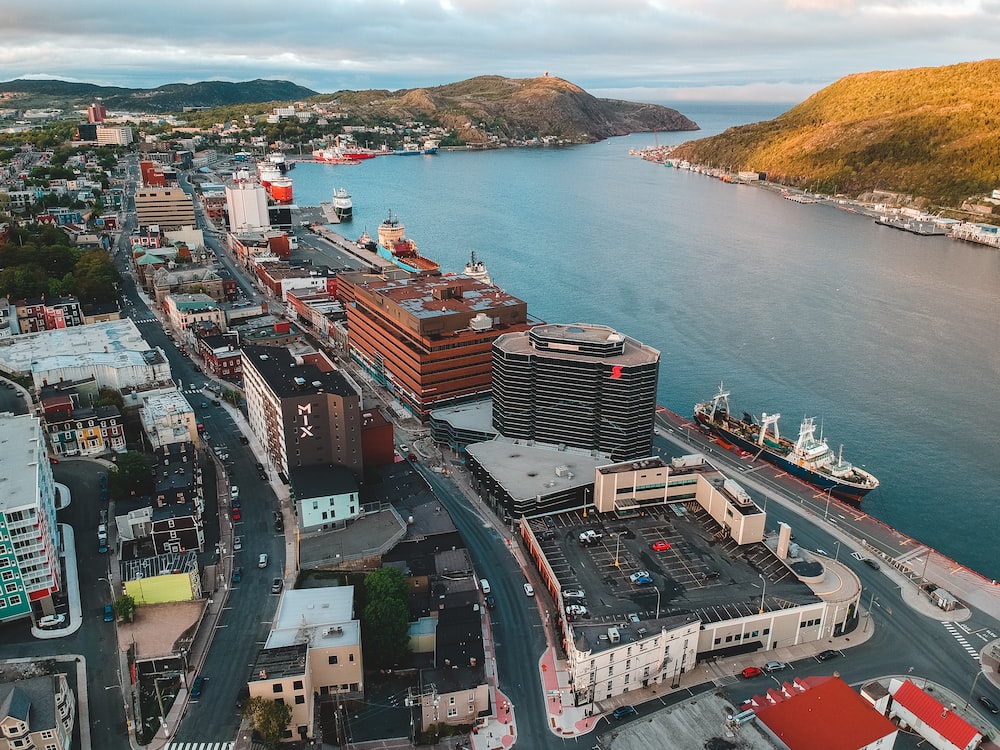 That being said, here are the prices (CAD) for fishing licenses:

There you have it, all the basic information to understanding the waterways, species, and provincial regulations of Canada’s fishing licenses. In short, you do need a fishing license, but which province you are in will dictate the type of license. But, don’t hesitate to contact the provincial governments to expand on these rules. With this information, it’s time to plan your trip up north. Thus, it’s time to enjoy the best of what the Canadian fisheries have to offer. Yet, a Great Lakes charter or a remote fishing lodge may be closer than it seemed before. Nevertheless, just be certain you have your license on hand before dipping your rod into the water. As a reminder, conservation officers can request a license at any time, and you wouldn’t want a fine. 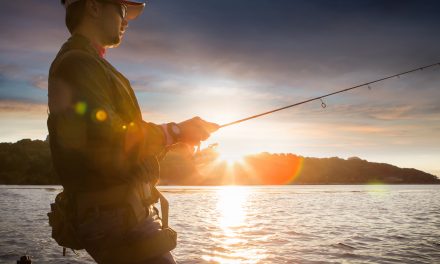 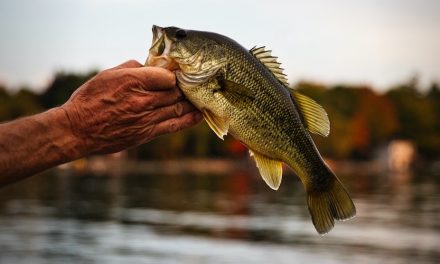 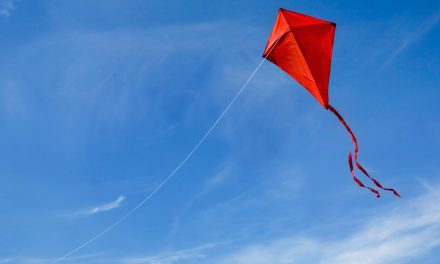