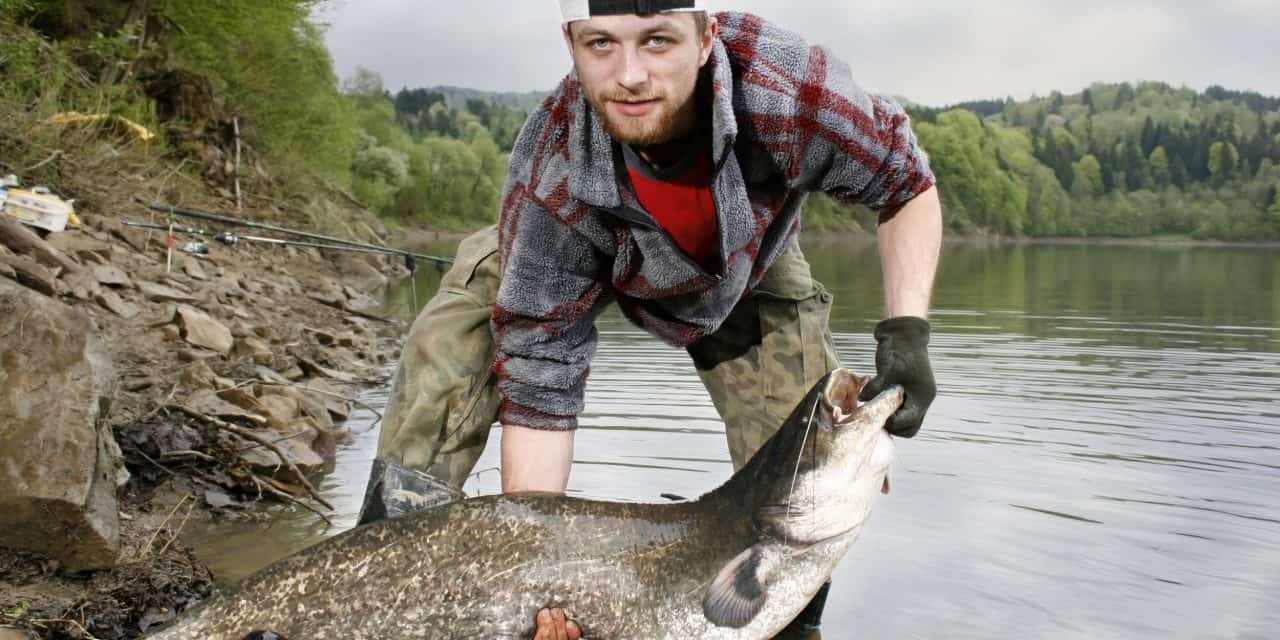 There are some sports out there that will never cease to be weird, and catfish noodling is one of them. Of course, the weirdness is kind of the draw with this particular form of amusement. Hey, what can we say, it’s one of those things everybody has to try at least once, right? While noodling is quite popular presently, and it’s not the most complicated endeavor, there are still a few things you should know before giving it a try. Here’s a quick rundown.

Why You Need to Try Noodling Catfish

Step One: The First Step to Catfish Noodling is to Take a Step Back and Make Sure You Know What You’re Getting Into

There are some rather large catfish lurking out there, and having one on the end of your arm can be unsettling. A lot of people go their whole lives and never end up in as close of proximity to a wild animal as a noodler. It’s really nothing like having a fish at a safe distance on the end of a line. People get hurt doing this. A confirmed case of someone drowning is hard to track down, but a lot of folks surely get close every year, so keep the dangers in mind. This is not your average kind of fishing. 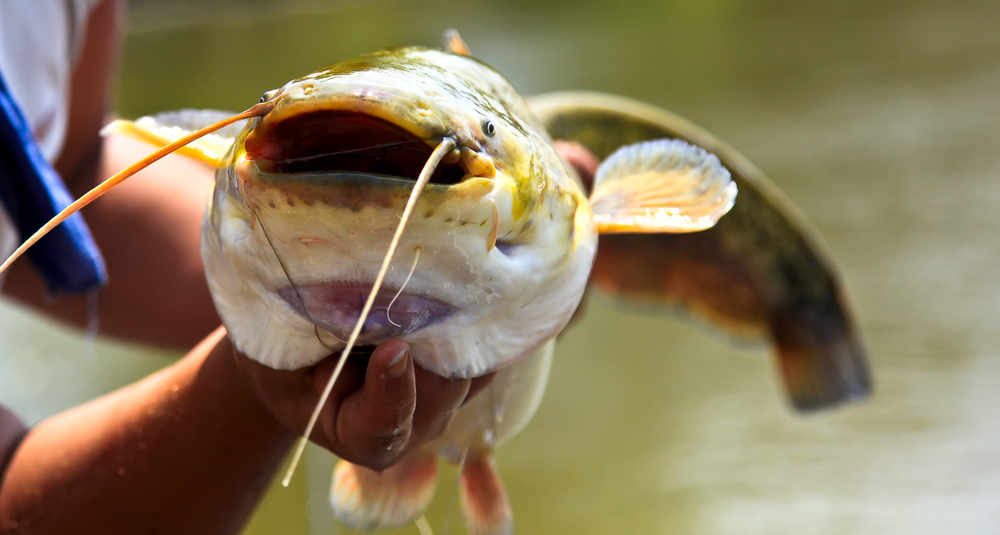 This part isn’t overly difficult. Catfish like holes or any dark spot out of sight. Some wading around a river bank or a boat dock should reveal their sanctuaries. If you want confirmation before getting started, poke a stick in the hole and see if anything tries to gobble it. Checking to see what lurks with a stick is an especially good idea in areas where there might be something else living in the hole. Remember, gators and beavers like holes, too, and they’re not nearly as toothless as catfish.

Step Three: Reach Down into That Wet, Dark, Creepy Hole

Once you’ve got your hand in there, waggle your hand around. Make sure to keep your fingers together tight when you do this. Folks break their fingers noodling quite frequently, so be careful. A big fish can put a lot of leverage on your skinny little human fingers. 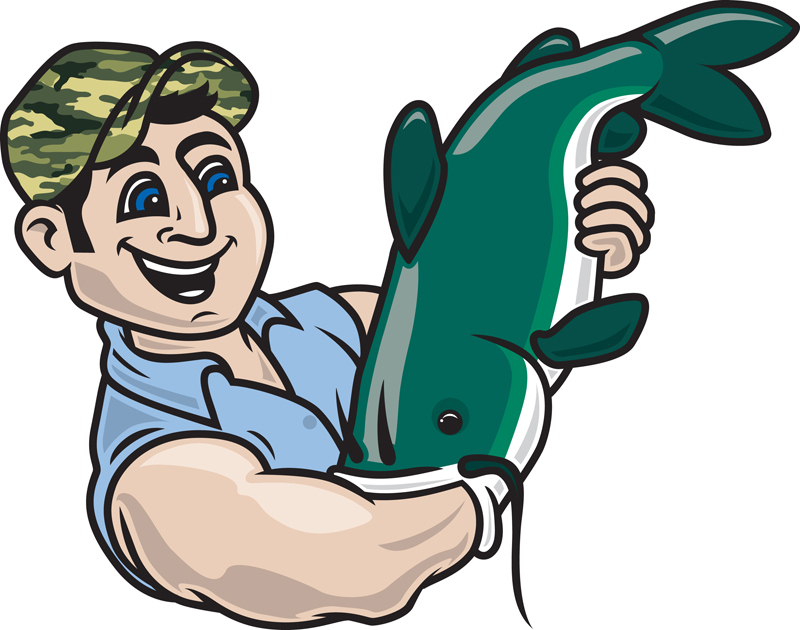 Once you’ve had your hand swallowed, try to grab the lower jaw of the fish and tug the sucker out of his hole. Once you’ve got the fish exposed a bit, use your other hand to grab one of the gill slits to keep Old Moses from rolling. Like any predator, the catfish is going to try to mess up your hand, so make sure and keep the big ones from twisting on it.

Step Five:  Toss the Fish on the Bank

Pull the hand the Catfish swallowed out of the catfish and use the one on its gill slit to toss. With that seen to, you can do a small dance that is a combination of a victory celebration and trying to get the yuck off you. Congratulations, you’re a noodler; you’ll never be the same again. 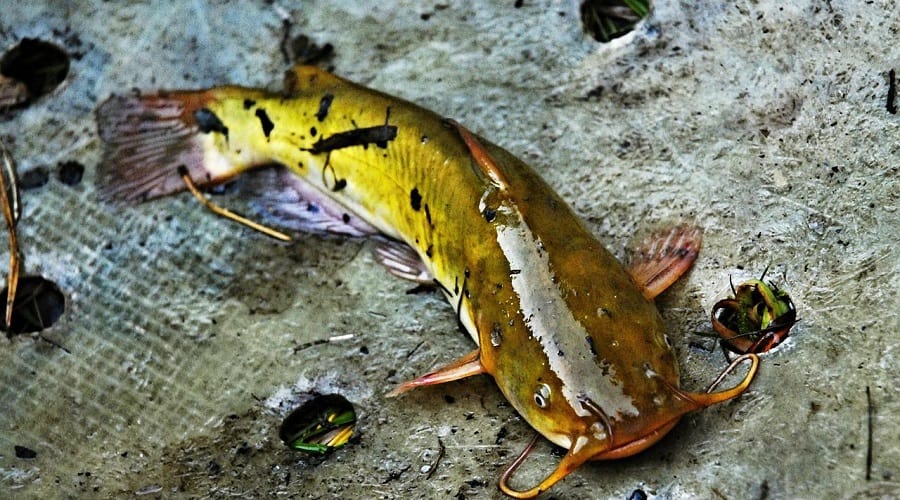 Of course, noodling looks like great fun in videos, but keep in mind, it’s tougher than it looks. If you weigh one hundred pounds and you intend to catch a fifty pound catfish, you may be in for quite a ride. The catfish live in the river and have a better understanding of the environment. They’re better built for this sort of thing, and you need to respect that if you don’t want a dunking or worse. The admonition about broken fingers isn’t just big talk, either; people get mangled pretty good from time-to-time when noodling. If you play piano professionally, this isn’t the sport for you. It’s also a good idea to stay up on your shots if you want to spend much time reaching around in muddy holes in a river. Remember, every bait you ever lost, every discarded boat propeller, and every old tire on earth are out there lurking and waiting to cut you up. Be careful wading and be careful reaching. The catfish aren’t the only things that can mess you up. Of course, even with the various dangers, noodling gains adherents every year, and for good reason. Noodling is a heck of a good time and highly addictive. Good luck and good noodling. 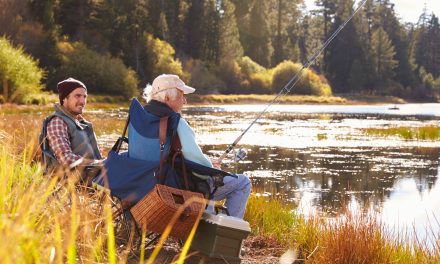 The Best Places on the California Delta to Fish for Catfish 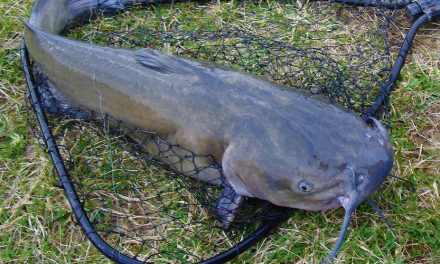 How To Tie a Santee Cooper Rig for Catfish 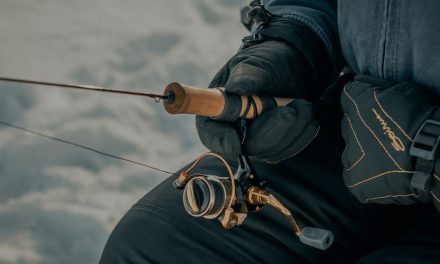 27 Items You Need to Stay Warm During Winter Fishing 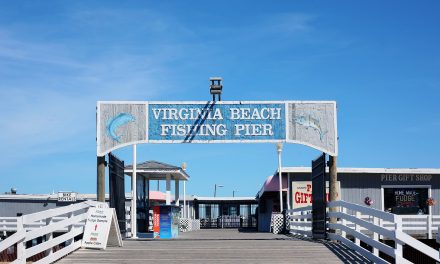