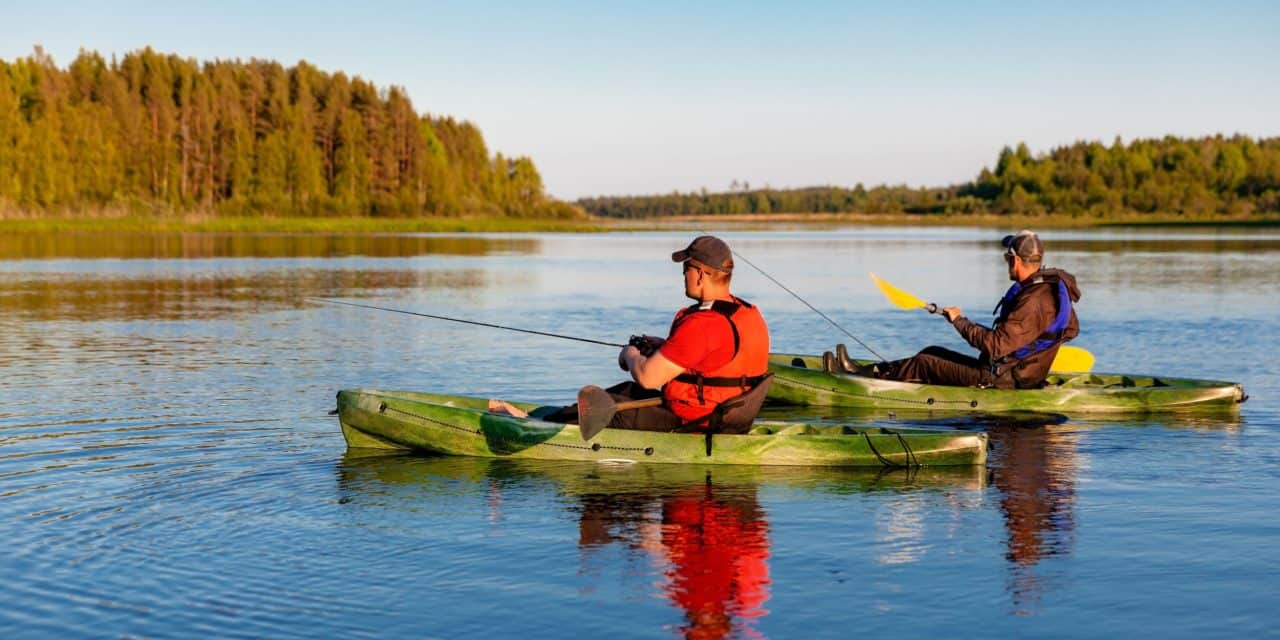 The humble kayak has been around for thousands of years, but it is only in the last decade or so the small craft has begun to enjoy widespread popularity. Of course, the introduction of modern materials like fiberglass, aluminum, and stainless steel has done a lot for kayak designs. There are currently even inflatable models on the market that probably won’t collapse while you’re paddling them. The kayak has come a very long way in terms of utility in the last few years, and many anglers are taking a long, hard look at them.

1. Try Before You Buy

The increased popularity of the kayak has led to countless rental outfits starting up. These days, just about any well-traveled fishing spot from national parks to big marinas will have kayaks that you can rent and try out. Kayaking looks like a blast from the shore, but it’s not necessarily for everybody. Renting one for a test drive is a good way to get your feet wet. Metaphorically, of course.

Okay, so you’ve been in a boat before, and you’ve paddled a boat before, so everything should be fine, right? Well, no, probably not. To put it bluntly, a kayak is a real deathtrap if you don’t know what you’re doing. It’s an excellent idea to take a class and learn how to right the boat when it flips and how to steer the thing in rough water. Seriously, they’re dangerous for the uninitiated.

3. Keep Your Jacket On 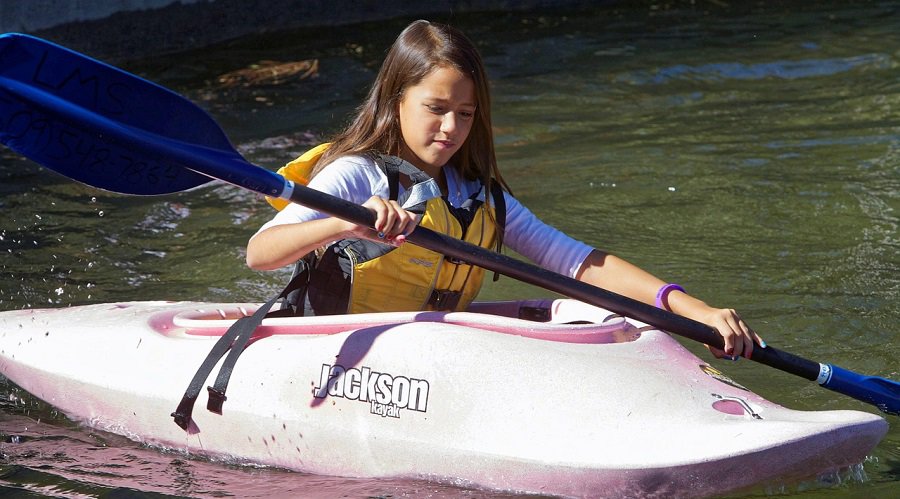 Yes, the kayak is a remarkably buoyant craft, but not necessarily in the manner, you would prefer. The little boats like to roll around and do tend to flip over for basically no reason. Keeping your life jacket on is a good way to assure that you will be able to get righted again. Yeah, life jackets are annoying, but so is drowning. Leave the jacket on.

A kayak is basically the boat equivalent of a motorcycle, the whole time you’re using the thing you wish it wasn’t so darn tippy. The addition of a small outrigger to your kayak can make a huge difference in the stability of the craft. It will also make a big difference in your ability to properly haul in fish. A bit of leverage goes a long way in a kayak. You would rather not end up staring at your catch in the face while it’s still underwater.

5. Make Sure Stuff is Handy

A kayak isn’t a row boat. If you want to do something in a kayak that can’t be done from a sitting position, you’re going to have to paddle over to the shore and get out of the boat. Get your kayak set up so all the gear you’ll need can be reached, and make sure you’ve got everything required. Even in a tiny boat like a kayak, things can get lost, so keep track of it all. 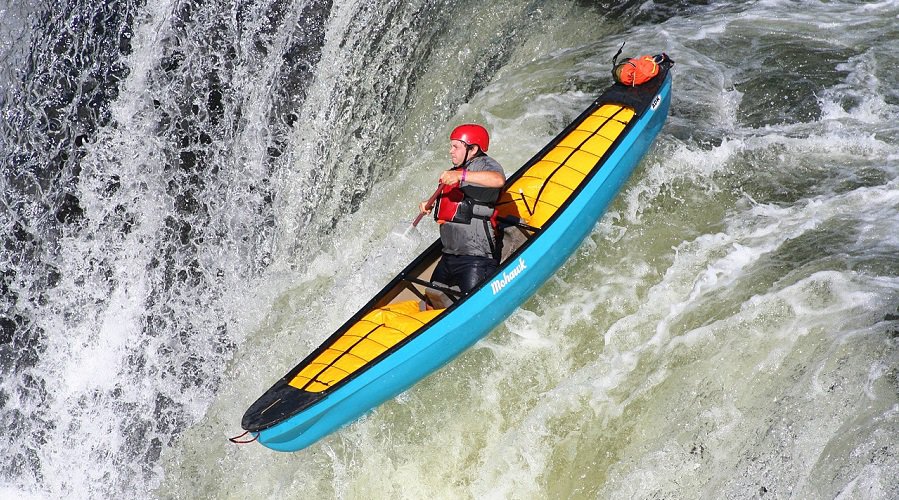 A kayak isn’t a row boat. If you want to do something in a kayak that can’t be done from a sitting position, you’re going to have to paddle over to the shore and get out of the boat. Get your kayak set up so all the gear you’ll need can be reached, and make sure you’ve got everything required. Even in a tiny boat like a kayak, things can get lost, so keep track of it all.

6. Don’t Bite Off More Than You Can Chew

The first few times you go out in a kayak, it’s a good idea to take it easy. A kayak can allow you to access a lot of water that anglers in bigger, heavier boats can’t get to. And that is one of the great things about these little boats. When you’re getting started, you need to use your head, though. Don’t get into rough water or rapids, and stay out of overgrown areas where you can tip and get stuck upside-down.

You might not have noticed, but kayaks don’t have live wells. If you’re going fishing in a kayak, the lake is the only good place to put the fish you intend to keep. Don’t worry about it, the ones you’ve caught can’t rat you out to the ones that are still in the water. 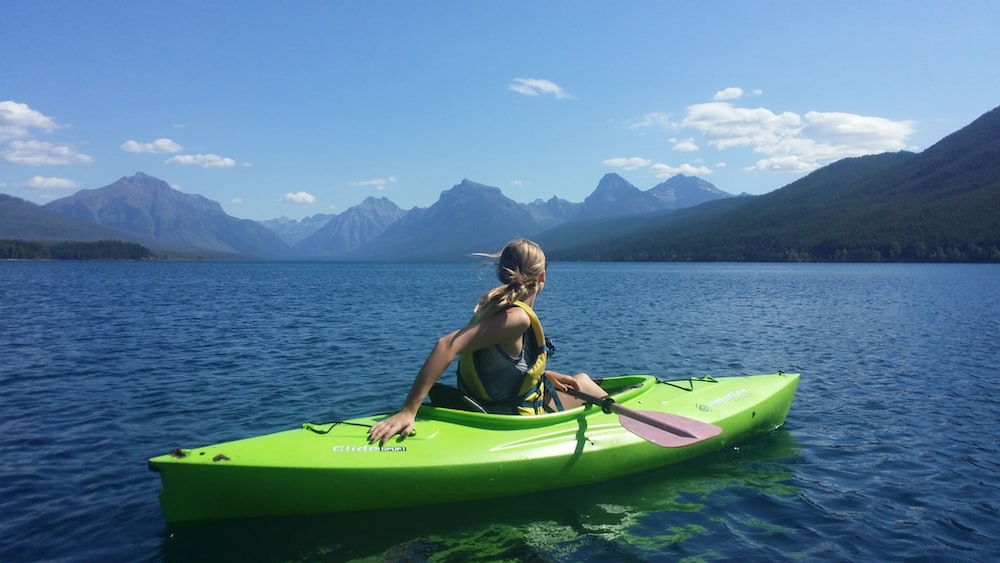 Blaze orange or bright red are two truly fine color choices for a kayak. The fish don’t care what color your kayak is, but it makes a big difference for other boaters. Kayaks of other colors can be hard to see to other boaters on the lake. Get one that stands out, so some dude in a bass boat doesn’t slam into you.

If you get a kayak, you’ll probably be taking it out a lot because they are pretty fun. Get one that has real hardware and a good seal to make life easier. You want to avoid spending more time fixing the thing than going fishing with it. The good ones have more metal and less cheap plastic in the fittings. Thus, you pay more upfront for more fun in the long run.

Remember, you’re the motor for your kayak. Paddling uses plenty of weird muscles that don’t get used for much else in this life. Take it easy the first few trips out. It’s hard to enjoy a fishing trip if you can’t lift your arms, and hard to get motivated for the next trip out.

With the myriad of designs on the market these days, a kayak is a great addition to the avid anglers’ collection. They’re more affordable than a bass boat and certainly easier to maintain. If you keep the safety precautions in mind, you can have a great time and get in some fishing you never could have enjoyed before. 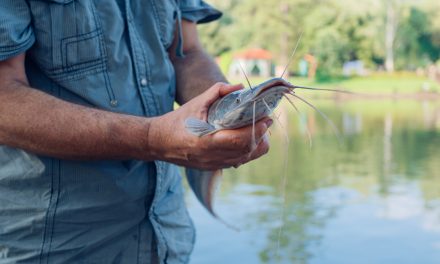 10 of the Most Common Catfish Hooks 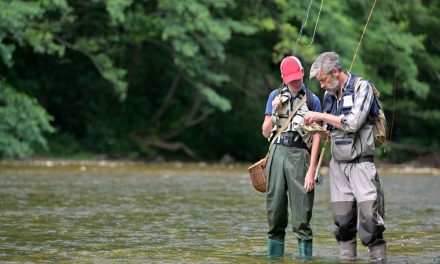 How to Fish in a River 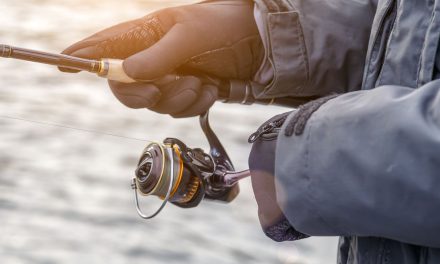 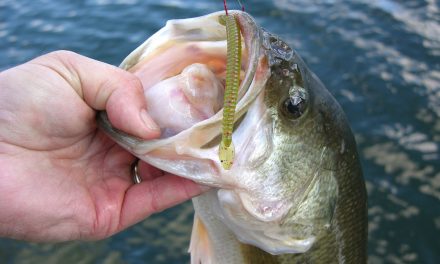 How to Set up a Drop Shot Rig