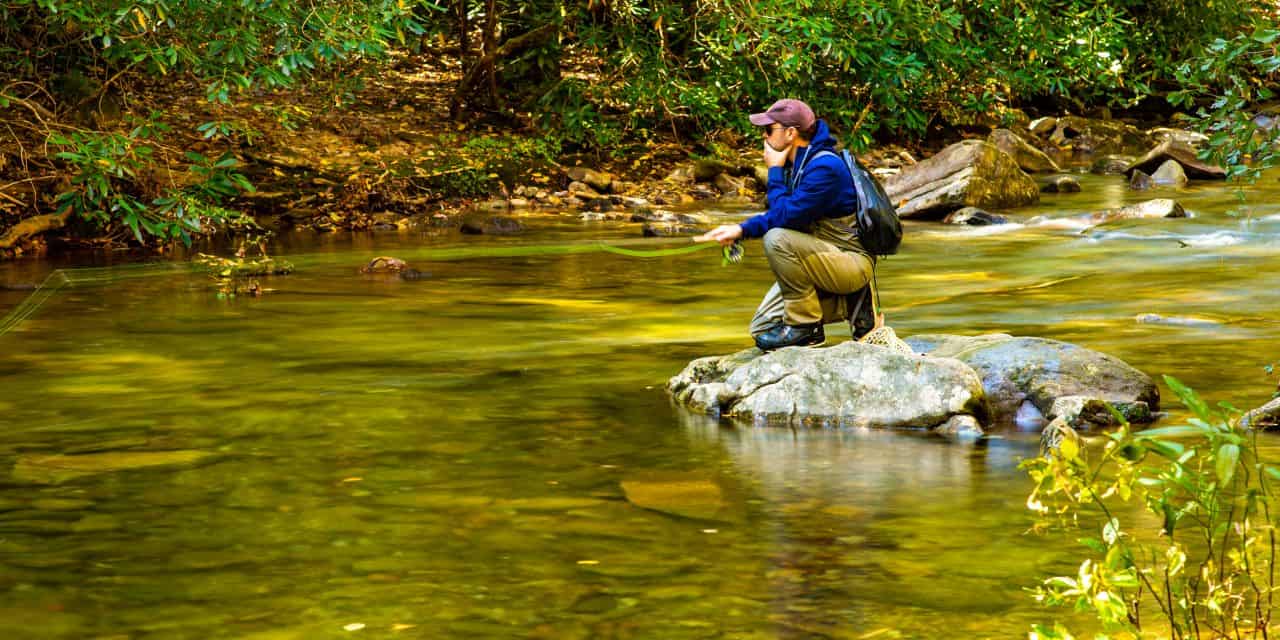 Nestled between Smoky Mountain National Park and Nantahala National Forest is Fontana Lake. This body of water has an impressive depth of 440 ft. Anglers have struck it lucky near Fontana Village,  but if you ask anyone, the Fontana Dam is the go-to place for big hits. What you can expect to catch here are: 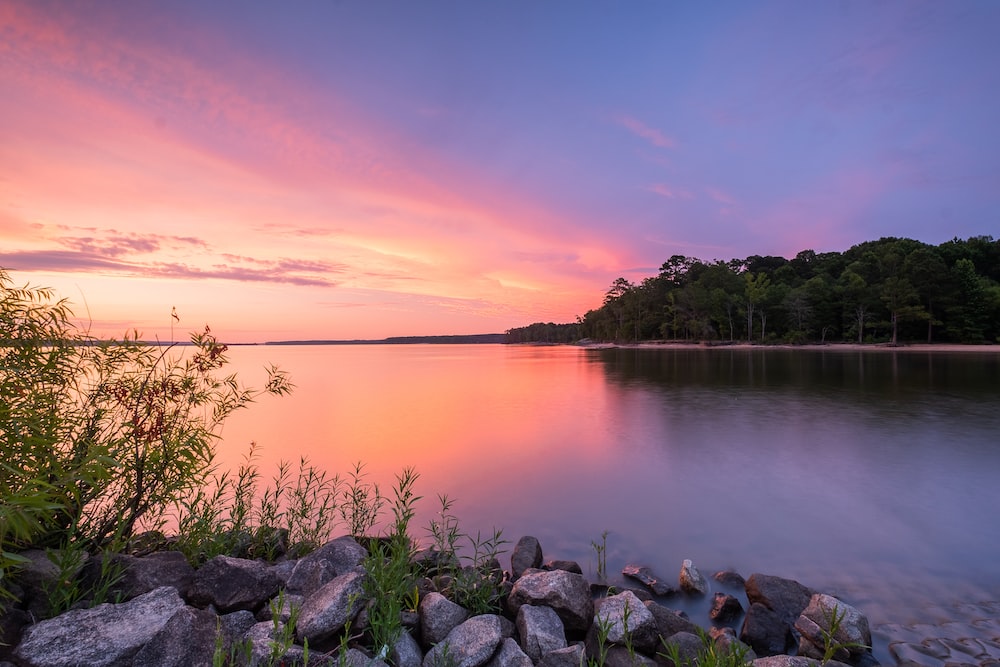 Found in the north-central part of North Carolina is the well-known reservoir of Jordan Lake. Expanding over an area of 14,000 acres, Jordan Lake presents anglers with a plethora of fishing spots. The lake is popular among fishermen for its shallow depth, which runs an average of 14 ft.  As, such, numerous tributaries feed off the lake and have proven to be good spots to snag monster largemouth bass. These rivers are the Haw River and New Hope River. It is important to note that anglers have had great success in New Hope Valley. Aside from largemouth bass, Jordan Lake has a big list of catchable species. These include: 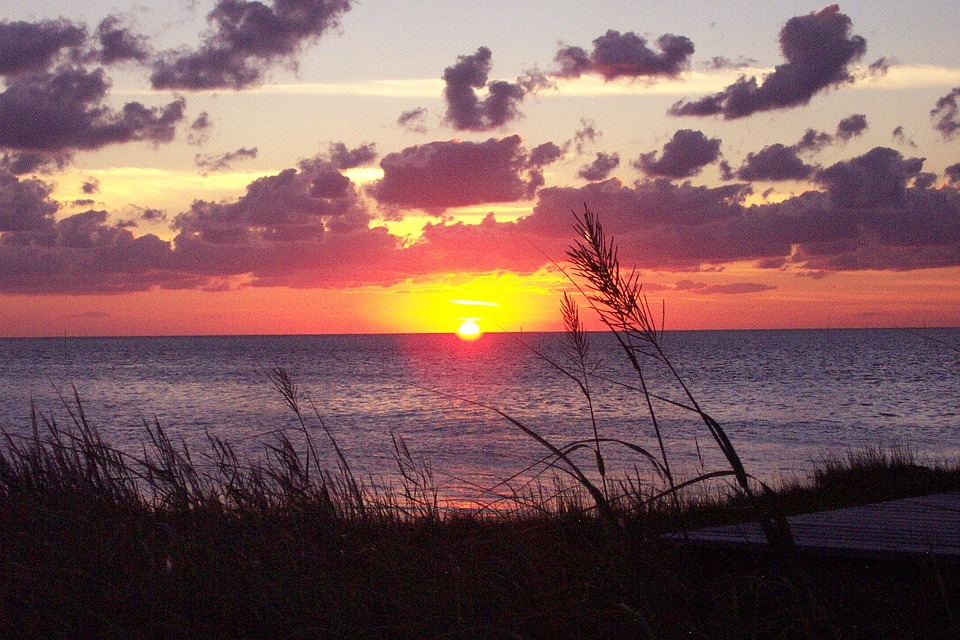 Found along the Atlantic Ocean, Ocracoke Island is 16 miles of raw and undeveloped coastline.  Nevertheless, you can fish from the shore or around the harbor of silver lake, the best bites come from offshore. What makes the outer banks ideal for fishing is the influence of the Gulfstream that draws in sport fish like white and blue marlin, wahoo, and mahi-mahi. But that’s just the start of the species that can be targeted. Alas, eager fishermen can land the following: 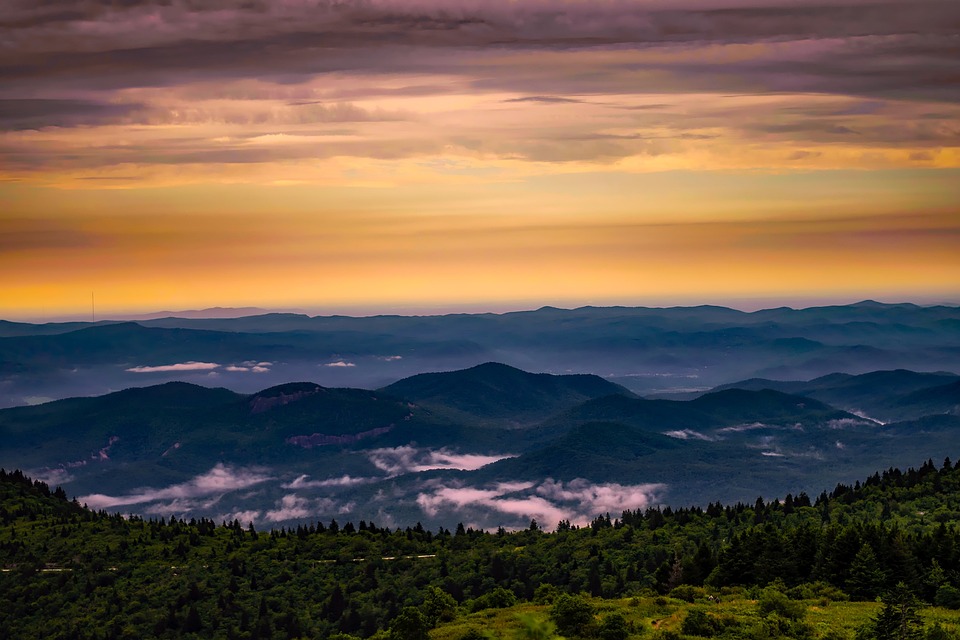 The Smoky Mountains are the best-kept secret for top-notch trout fishing. Alas, with 2,900 miles of cold water streams, it is hard to leave empty-handed. The largest trout that was caught in the park was on Cataloochee Creek. As such, to be successful at fishing in Smoky Mountain National Park, it’s best to go fly-fishing. Anglers have triumphed at Leconte Creek, Budley Creek, Abrams Creek, and Douglas Lake. Besides brown trout, many other species can be caught, such as: 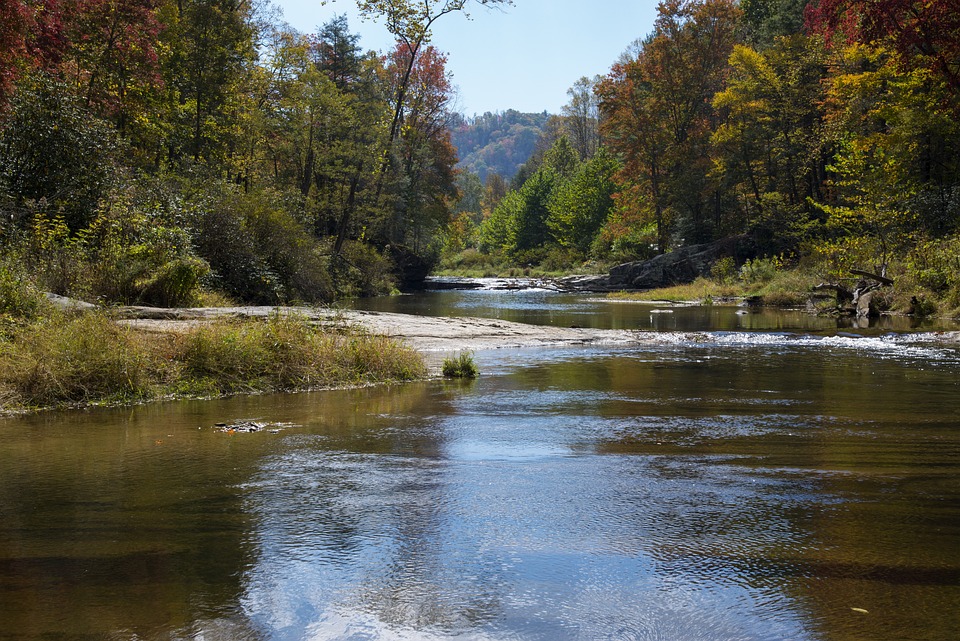 The Tuckasegee River is a historical fishing river once used by the Cherokee People. It’s dammed in some places, with the river flowing into Fontana Lake to the northwest. Due to fluctuating water levels, it’s best to fish the lake by a non-motorized watercraft such as a kayak or canoe. This is how the Cherokee People fished the Tuckasegee River for hundreds of years. The best sets up will vary between a fly-fishing setup or a spinning rod and reel combination. However, this will vary depending on what your target is. Notable species include: 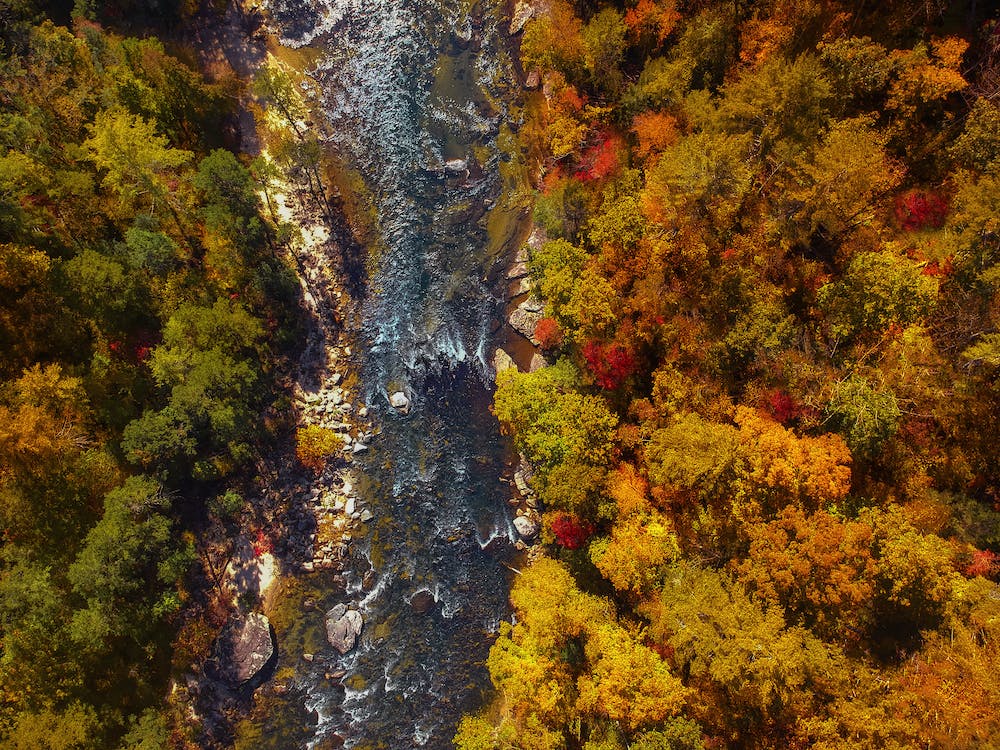 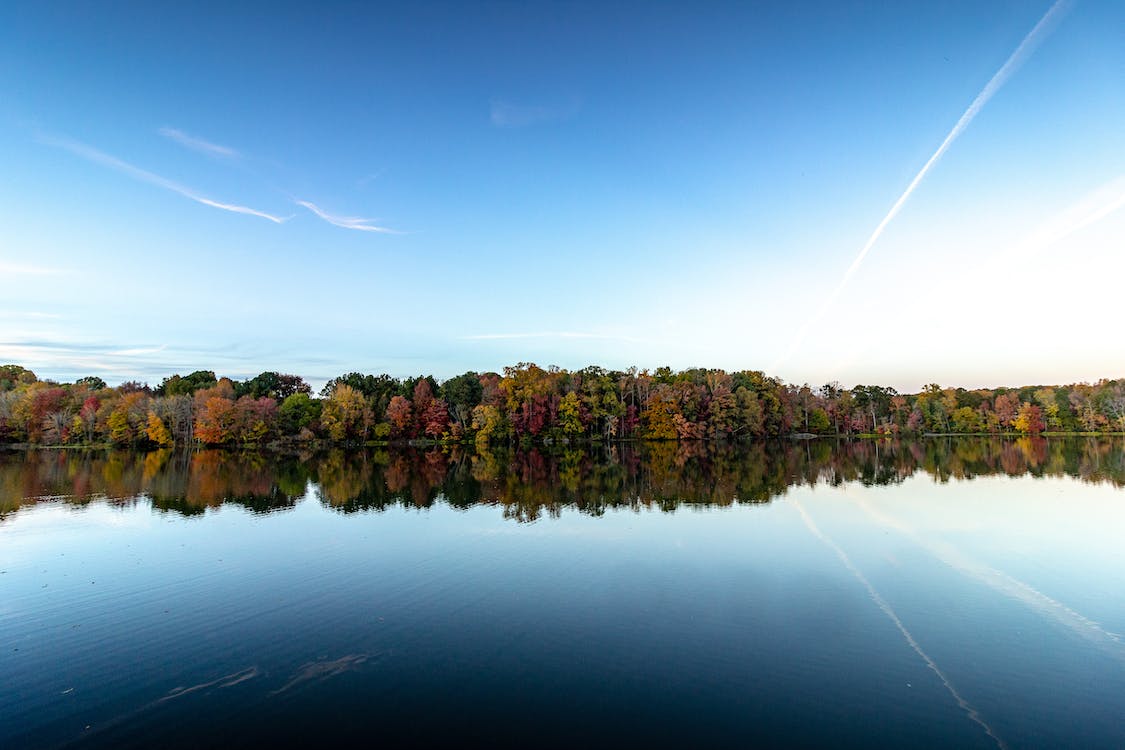 Finally, on this list is High Rock Lake, which is a reservoir found on the Yankin River. High Rock Lake encompasses an area of 15,000 acres, making it the second-largest lake in the state. Over the years, High Rock Lake has hosted many fishing tournaments, including the Bassmasters Classic. Moreover, the best fishing holes are seemingly endless on this lake. Yet, where anglers have been successful are Matthew’s Bridge, Crane Cove, Goodman Lake Bridge, and Crane Cove. Species found on high Rock Lake include:

North Carolina is truly a destination that offers a bit of everything when it comes to fishing. From world-renowned trout fisheries and fly-fishing, deep lakes full of the monster bass, and coastal fishing with everything from eaters to trophies. If you haven’t considered fishing in North Carolina in the past, perhaps you are convinced after reading our list of the top destination in North Carolina. But, what are you waiting for? 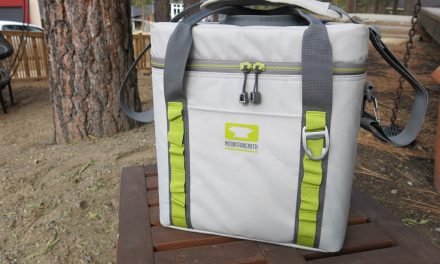 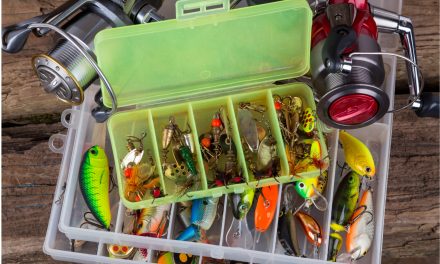 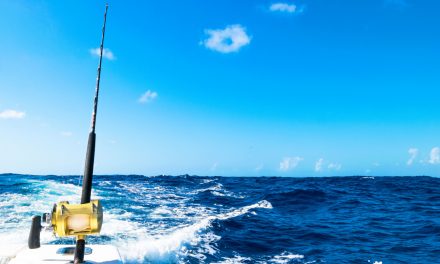 6 Tips for Choosing a Saltwater Reel 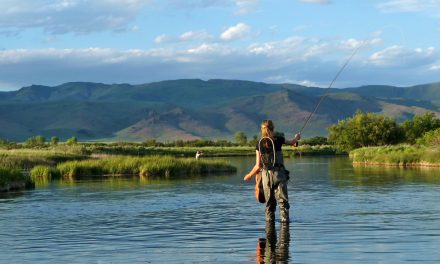