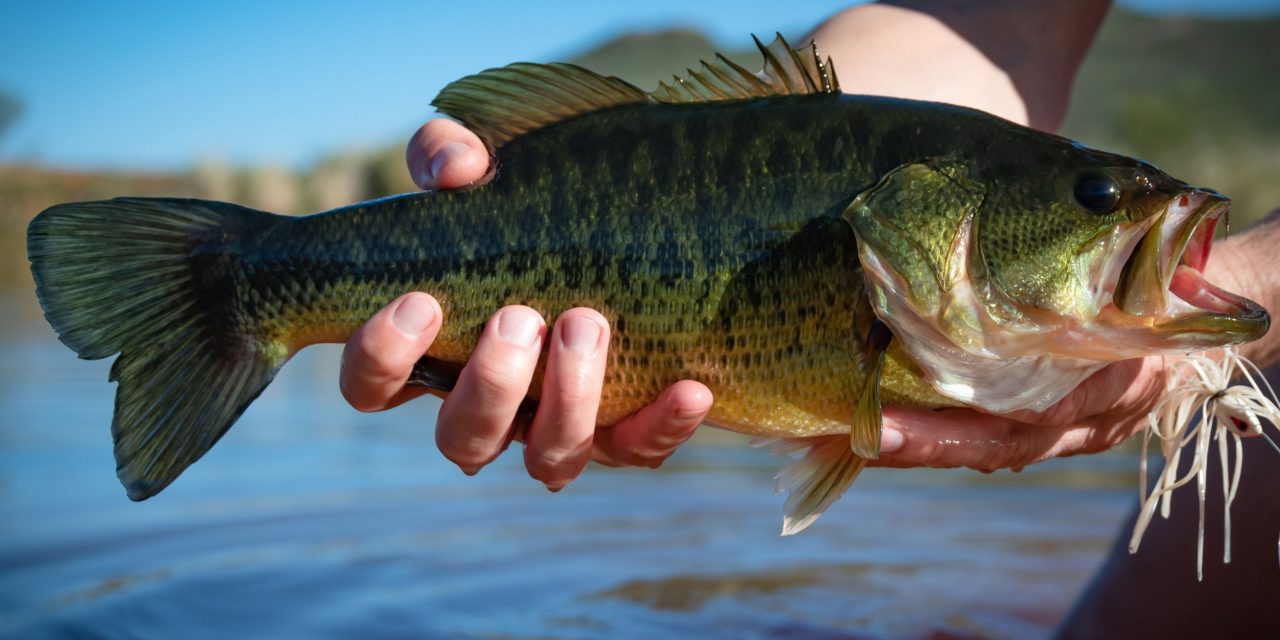 Bass encompasses both freshwater and saltwater species within the large order of perciformes (or perch-like fishes). Known as hefty fighters for their size, largemouth, and smallmouth bass are a favorite target among North American anglers. But its popularity isn’t confined to North America, with it being a much-loved catch in the lakes, rivers, creeks, and dams of South Africa.

Bass can be caught with live bait or lures that mimic baitfish, worms, crayfish, frogs, and mice. Moreover, bass can be grouped into three major categories: black bass, temperate bass, and sea bass, with a few oddities mixed in. Here, a compiled list of 11 types of black and temperate bass will be discussed.

Most bass species are classified as black bass. It is categorized as a freshwater fish of the sunfish family under the genus centrarchidae. This group of fish is known to have a reputation as a hard-fighting game fish. But also includes some of America’s favorite species. 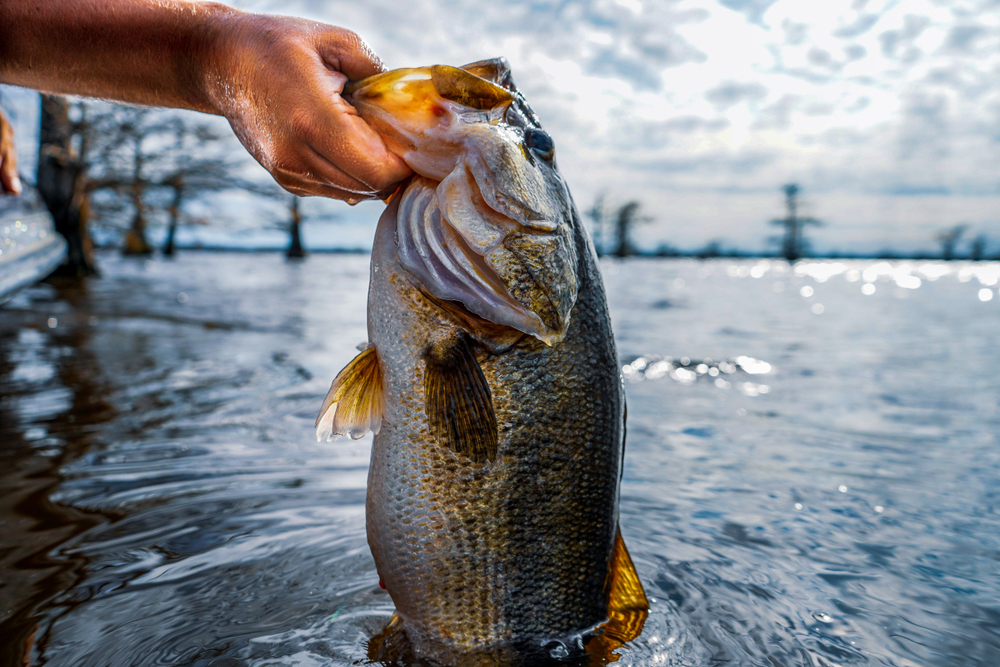 This prevalent pound-for-pound monster is so popular that boat designs are customized for efficient largemouth bass fishing.

It is a member of the sunfish family and has a largemouth with an upper jaw that extends back past the eye. Thus, the cavernous mouth is what gives this species its name. The largemouth also lacks teeth, making it easy to handle and snap a photo.

With an average length of 16 inches, these fish offer action-packed fishing And can be found as either of the two subspecies: the Florida bass and the northern largemouth bass.

Revered for being energetic and stubborn, the smallmouth bass is a thrill to catch, but can also be a challenge.

Their tails are about the same size as a largemouth bass, but with darker coloration. The smallmouth’s upper jaw extends up to the eye, which is usually brown or red. The males are smaller than the females and weigh about two pounds, whereas the females average three to six pounds. On average, these fish are about 12 inches in length. 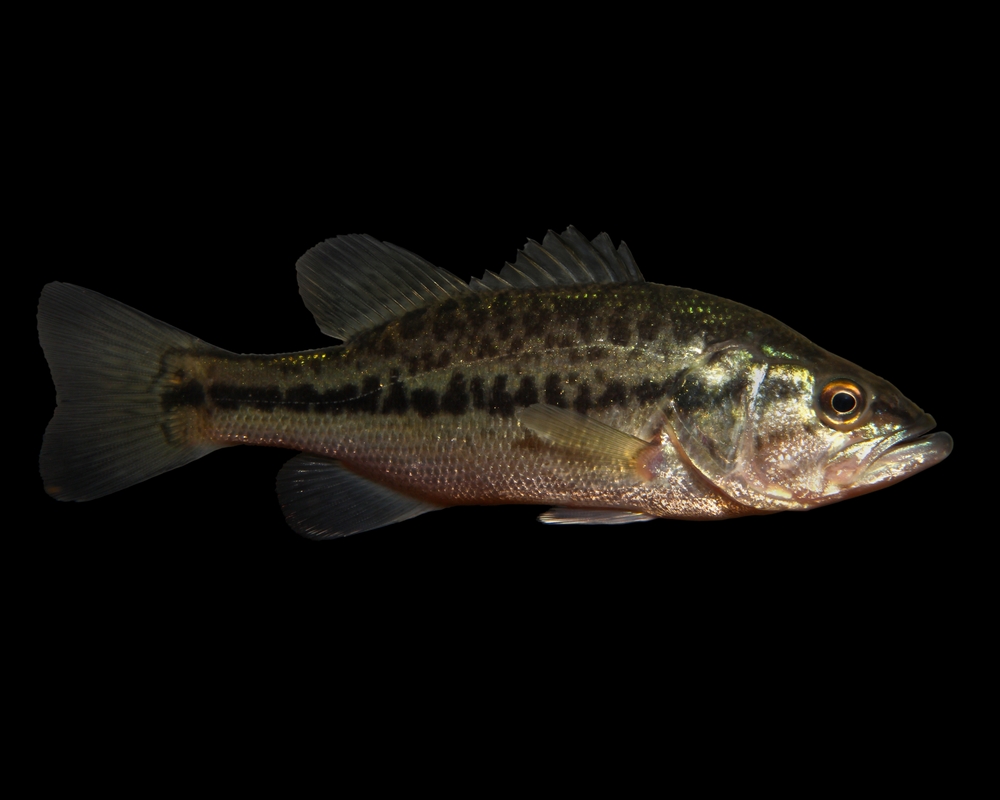 Similar to largemouth bass in its feisty nature, the spotted bass is different when hooked. Meaning that it retreats to the bottom of a waterbed to hide. When it comes to habitat, these fish prefer areas with more current, unlike the largemouth bass.

The jaw on a spotted bass does not extend past the eye line. They have a dark-spotted lateral line and dark spots towards their bellies.

Hatchlings enjoy a diet of zooplankton and progress to insects before transitioning to small baitfish or crayfish.

Known as the official fish for the state of Texas, the Guadalupe bass can be found in the central streams of the lone star state.

Closely related to the largemouth bass and spotted bass, a few distinct features include a black, diamond-shaped pattern along its sides. And rows of spots that form lines along its belly. Its coloration is faint on the body and is generally a greenish tinge.

By following streams, these bass don’t grow large, with the average adult weighing three pounds. The population has been reducing, largely because of inbreeding with smallmouth bass in their habitat. Juvenile fish enjoy a diet of insects, and as they mature, they grow faster than largemouth bass.

Much like the spotted bass, Choctaw bass is found in the southern Alabama and Florida rivers. The feeding patterns are similar to smallmouth bass: insects, crayfish, and other small fish as they age.

Choctaw bass seems to prefer a unique habitat because no other bass species are present where they have been found. Furthermore, interbreeding with more common species like the spotted bass and the Alabama bass has reduced the chances of the species becoming extinct. 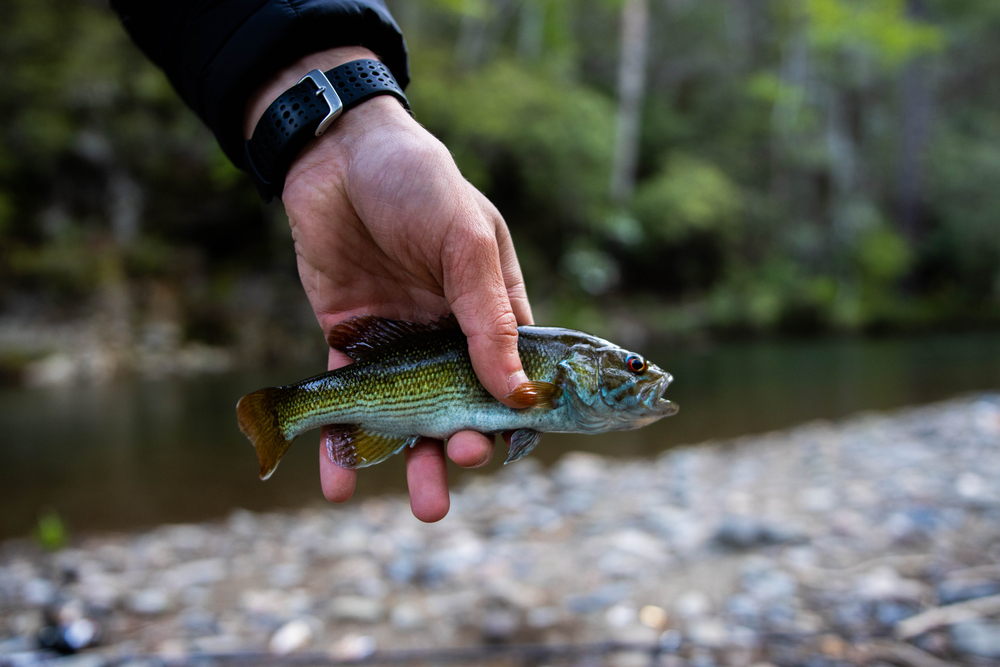 Found primarily in Alabama and Georgia in the Coosa River and small streams in Tennessee and South Carolina, the redeye bass could easily be mistaken for smallmouth bass. Located in small, cool streams and rivers, they feed mostly on insects and occasionally on minnows.

Furthermore, it is also called the Bartram’s bass or Coosa bass, and this fish can grow up to 19 inches in length and weigh two pounds. Although, the current record is for a five-pounder out of South Carolina.

The main identifiers of the redeye bass are dark horizontal rows of spots along the body below the lateral line, in addition to a series of vertical blotches that tend to disappear as the fish ages. The fish will also have an orangish rear fin with a white margin along the edge.

The shoal bass is found in Florida and Georgia, but can be located in small pockets of eastern Alabama. When it was discovered, this fish was originally thought to be a subspecies of smallmouth bass, before being recognized as a separate species in 1999.

Shoal bass are endangered in some states, and anglers should practice catch and release, but there are few laws to protect this relatively new species.

Commonly confused with the appearance of the redeye bass, the shoal bass has a greenish body that lightens to a white or cream near the belly.  The dorsal fins are connected like a spotted bass, and there are dark horizontal blotches or bands along its length. 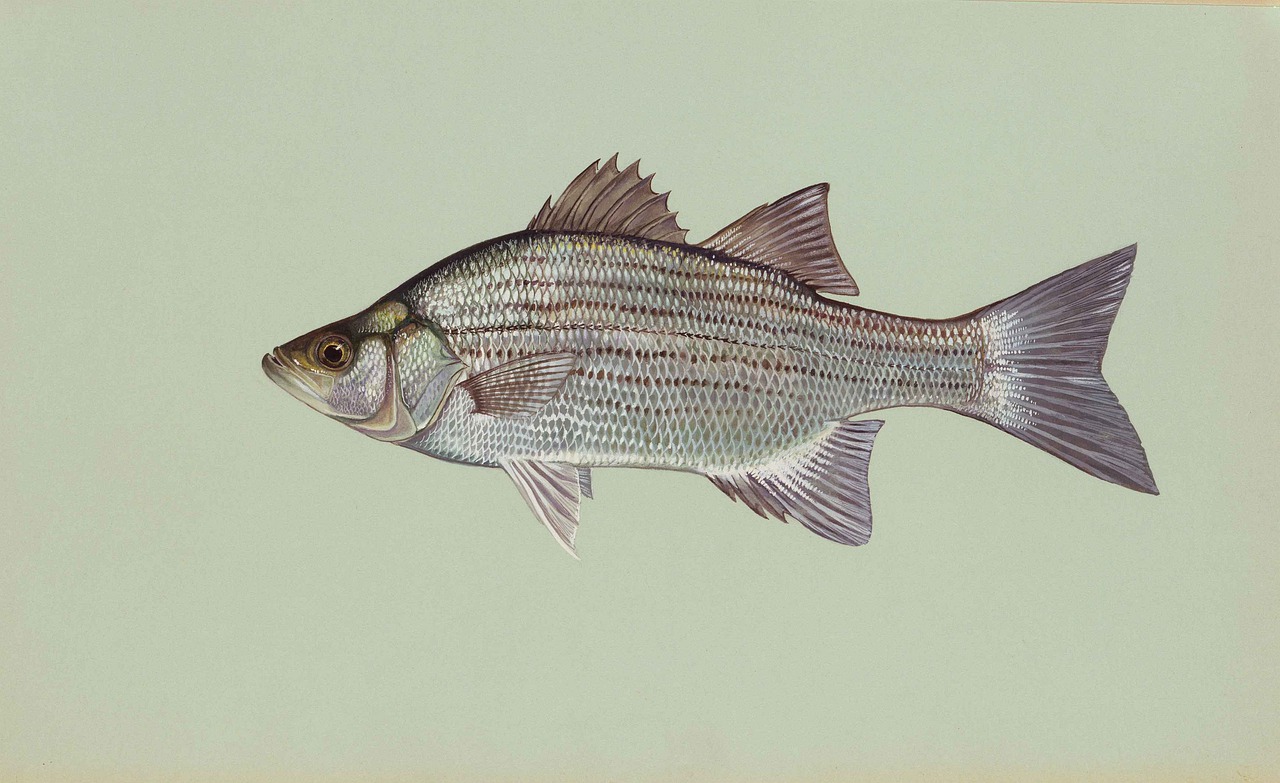 Also called sand bass, this silvery-white fish has vertical stripes on its sides. Adults average 10 to 15 inches long and can grow to three pounds.

As for habitat, it prefers a clear current and backwater areas over rocks and sand. Moreover, being a migratory fish, it travels through creeks, streams, and shallow rivers during youth. Then, it moves to deeper water upon maturity.

The young feed on aquatic insects like midge larvae, small crustaceans, and zooplankton, progressing to small fish like shad as they mature. 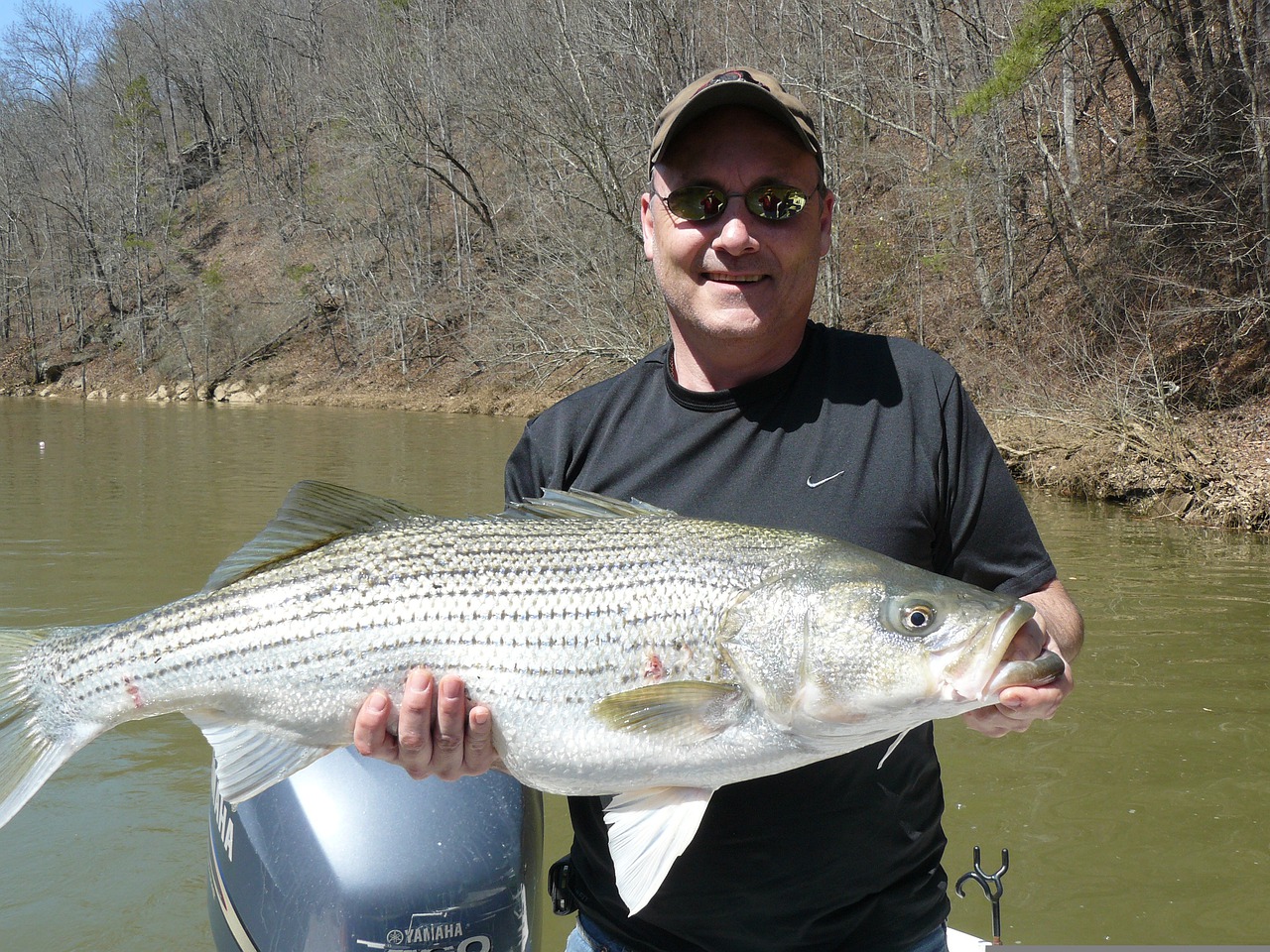 Often called a striper due to the black horizontal stripes running towards its rear fin, the striped bass is a favorite among the larger varieties of bass.

The upper surface is olive green, while the sides are silver with a white underbelly. On average, striped bass weigh between 20 and 40 pounds, with the largest recorded striper being 81 pounds off the coast of Connecticut.

These are excellent game fish, even sometimes used as predators to control the population of other fish. But a word of caution as these fish require a strong reel when being targeted.

As for its habitat, these bass spend time in salt water. However, stripers have adapted to freshwater wherever it has been introduced. It’s not a picky eater and loves mayflies, other invertebrates, crayfish, shad, and other fish.

While not a true perch, unlike the name may suggest, this fish is indeed a temperate bass. This fish is often confused with white crappies and white bass that are found throughout the US.

It mostly lives in brackish water, but is also found in the freshwater coastal drainages of North America. Depending on their habitat, they have a silvery-white color and may develop a darker shade close to the dorsal fin as it matures. Adults can measure up to 19 inches and exceed five pounds in weight. 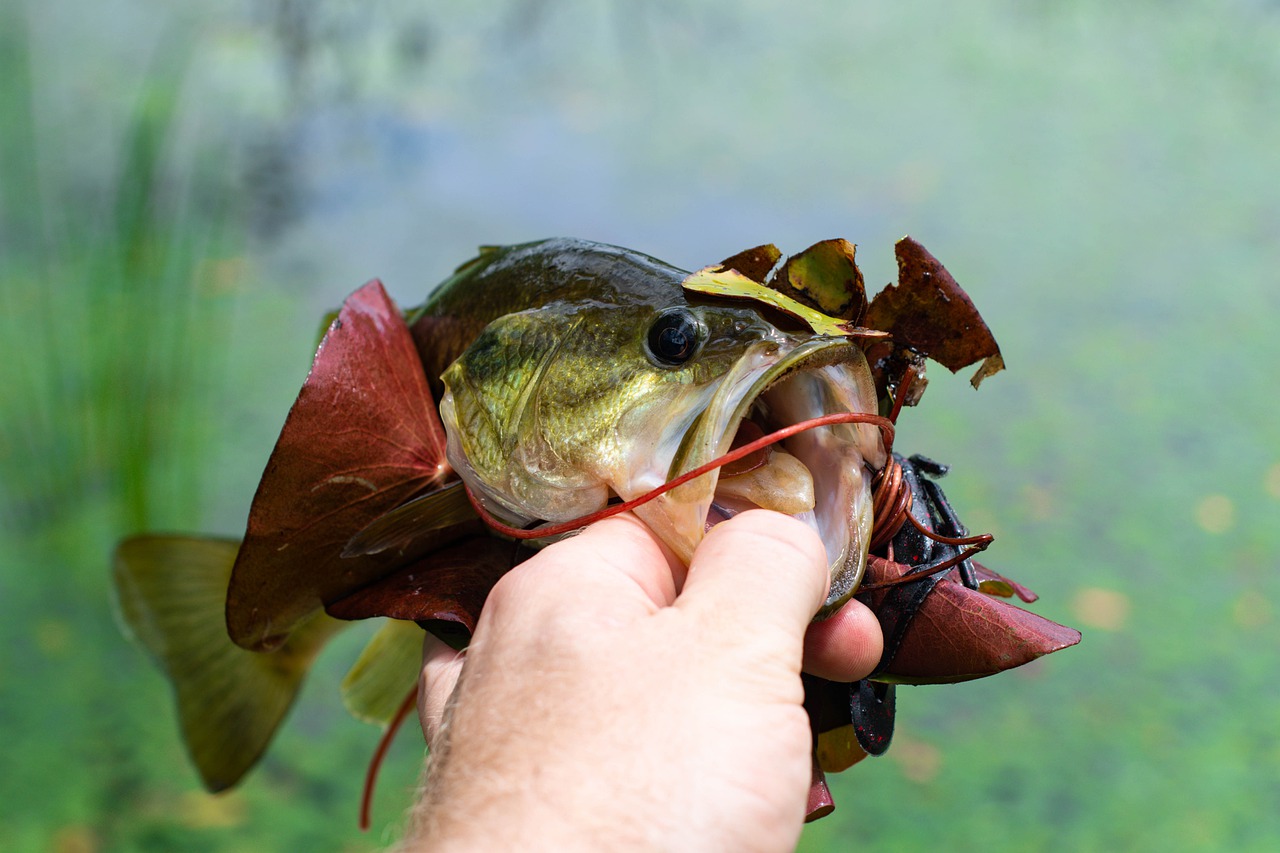 Nevertheless, a significant amount of work has helped bass populations to thrive through conservation. Most tournaments have imposed catch limits while adopting catch-and-release practices. This means that the fish are released back into the water after a weigh-in to maintain the fishery.

On the other hand, modern fishing boats have installed live wells to keep the fish alive on the boat as anglers search for bigger catches. All the while, some movements have emerged and are calling to anglers to care for the water where bass live, emphasizing where tournaments take place.

How many of these bass types have you caught? Let us know in the comments! 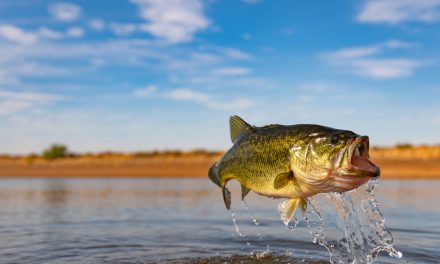 5 Bass Fishing Rivers In The US 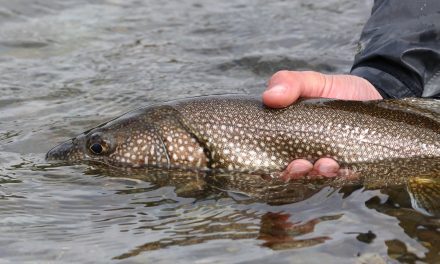 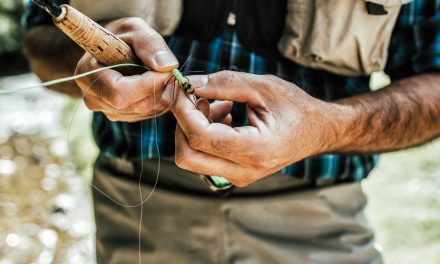 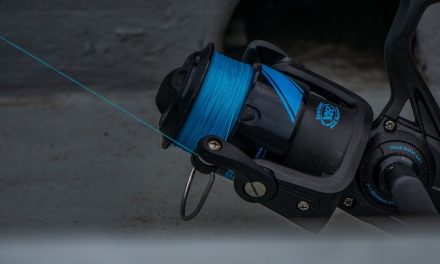 How To Select the Correct Fishing Line for You